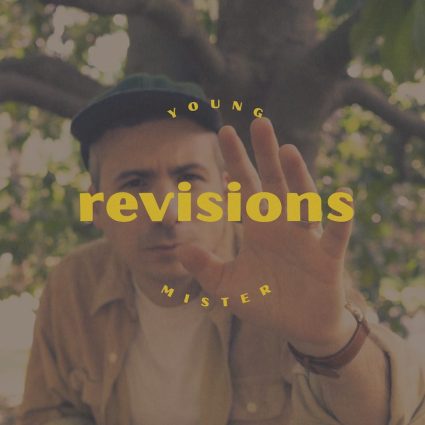 Steven Fiore’s career reads like a legendary round of two truths and a lie: co-writing with Art Garfunkel, a stint with Jeff Goldblum’s jazz band, more than 20 million Spotify streams. But it’s all true – every word of it. In a way, you could say it’s this unfiltered honesty that ultimately powers Fiore’s Young Mister to be more than just pretty melodies, but rather profoundly moving pieces of musical storytelling.

Hailed by American Songwriter and Consequence of Sound alike for an adroit balance of folk, Americana, and pop – all unwritten with wistful sentimentality – Young Mister began in 2016 after Fiore, a successful songwriter for Universal Music Publishing Group for more than a half-decade in Los Angeles, once again began putting himself first as a writer. “I’d been writing a lot under my name, but for other people,” Fiore says, referencing cuts for acts like Howie Day and Natasha Bedingfield. “I needed to do something different.”

Following his breakout success with hit debut Refresh Records albums, 2016’s Young Mister and 2018’s Sudden Swoon, Fiore ventured out into a world of self releasing music. His music found its way into TV shows and movies alike, including a pinnacle sync in the Norwegian hit Netflix show, Ragnarok. In 2022, Fiore and Refresh Records reunited with plans to release new music and continue building together with a new EP in late 2022, and more to follow.