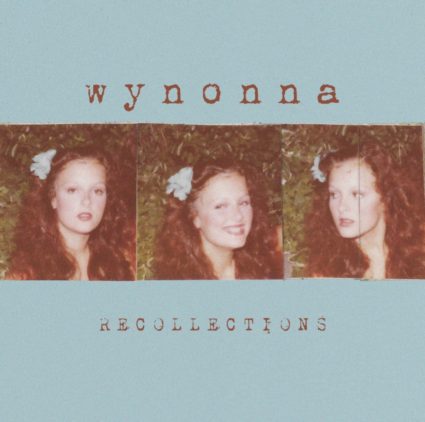 “Wynonna is the latest left-field addition to the eclectic roster of Anti- Records, where she expects she’ll have the freedom to explore her musical instincts.” – Boston Globe

“Wynonna was in perfect form and seemed utterly reinvigorated by her new artistic surroundings.” – Rolling Stone on 2019 AMERICANAFEST set

Recollections, the captivating new EP from Wynonna, marks both a literal and a figurative homecoming for the GRAMMY-winning songstress who recorded much of the collection while quarantining on her Tennessee farm in the midst of the COVID-19 pandemic. Forced off the road for the first time in years, she found herself reconnecting with her roots as she sang once again for the sheer joy of it, performing a series of loose and lively covers with her husband, former Highway 101 drummer, multi-instrumentalist and producer Cactus Moser.

The gritty “King Bee,” a half-century-old blues tune Wynonna and Moser have been performing live together for years, gets an extra boost of swagger from the couple’s palpable chemistry, with Wynonna bouncing swampy, distorted harmonica riffs off of her husband’s searing slide guitar. “ ‘King Bee’  reminds me of why I love the blues so much,” Wynonna said.

And what a gift it is. Wynonna first rose to fame as one half of legendary country duo The Judds, which she launched with her mother in the early 1980s. Over the ensuing decade, the pair would go on to release six studio albums that would yield an astonishing five GRAMMY Awards, fourteen number one singles, and sales in excess of 20 million records. In 1992, Wynonna embarked on a solo career with her five-times platinum debut, which established her as a critical and commercial powerhouse in her own right.

Despite all her success, Wynonna grew understandably weary of the music business, and after more than three decades she decided to embark on a new chapter in 2019, starting over fresh and signing with stalwart indie label ANTI- Records.

“I never wanted to be defined by the business side of things, by all the industry accolades and awards,” she explains. “Don’t get me wrong, I’m grateful for all of that, but ultimately, I’ve always just wanted to be defined by my art, and ANTI- lets me do that. It’s like a shelter from the storm, a place where I can go after all these years in the business and make the music I want to make.”

It was precisely that freedom that led Wynonna to Recollections, a project so spontaneous and organic she didn’t even realize she was making it at the time. “This EP was a labor of love without the labor,” she laughs. “As a songwriter, you can get bogged down in your own craft sometimes, but there’s something so liberating about letting go of all that and just inhabiting someone else’s writing.”