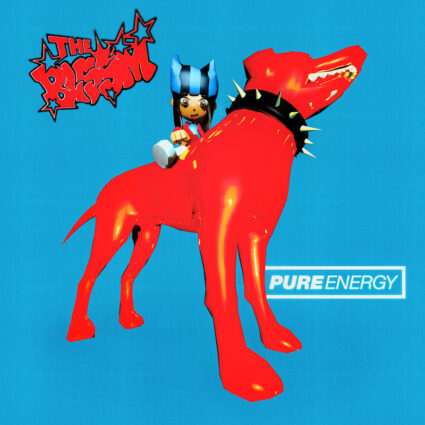 Genre-bending singer, songwriter, and fashion tastemaker THE BLSSM (they/them) announced their much-anticipated sophomore EP PURE ENERGY, out Friday, April 29 via Fueled By Ramen. In advance of its arrival, the LA-based artist also shared “NOT TODAY,” the second-released single from the EP, along with an official music video directed by frequent collaborator Sophie Hur. The anthemic song channels 90’s nostalgia fused with THE BLSSM’s pop sensibilities, culminating in another standout track from the rising artist. They also teamed up again with Nick Long (Avril Lavigne, Oliver Tree, JXDN), who co-produced and co-wrote the track with them.

“‘NOT TODAY’ echoes both my day-to-day triumphs and anguish,” THE BLSSM explained. “It was written about the small nuances of joy I thieve, collect, and steal to keep in my pocket to get me through an ever rat-race agenda of wanting more, wanting everything and wishing. Sonically, it captures my influences retold and revived into my own sonic palette.”

They added, “With production from my Dad Mark Lizotte, Suzy Shinn, and written alongside Nick Long – these people being all close to my heart – the song was written with intimacy and celebration and feels like a pure extension of my personality. If I had my own TV show, this would be the theme song.”

Additionally, THE BLSSM collaborated with independent fashion designer Jessica Kao to curate and create their custom outfit worn in the video. “NOT TODAY” also serves as a follow up to “DIZZY,” the first song unveiled from PURE ENERGY, which Consequence of Sound called “an electrifying taste of what’s to come from the rising rock act.” UPROXX declared, “THE BLSSM is back and better than ever,” while HYPEBEAST called the song “splitting and fun, while also unabashedly honest and kinetic.”

On PURE ENERGY, The BLSSM proves it’s possible to be an anomaly and an amalgamation all at once. They deliver a silhouette on canvas, for us— the audience— to paint in our own reflections and personal experiences. Inspired by the likes of Radiohead, N.E.R.D., and Elliott Smith, THE BLSSM bears their soul and effortlessly weaves together a body of work that is strikingly cohesive yet undeniably unique.

In celebration of PURE ENERGY, THE BLSSM will provide direct support for Role Model on his massive North American tour this spring. Their run of dates commences on Wednesday, April 13 in Pomona, CA and wraps in St. Louis, MO on Saturday, June 25, stopping in major cities such as New York, Boston, Nashville, and Washington, D.C., along the way. THE BLSSM will also play Hangout Music Festival in Gulf Shores, AL on Saturday, May 21 and Life Is Beautiful Music & Art Festival in Las Vegas in September.