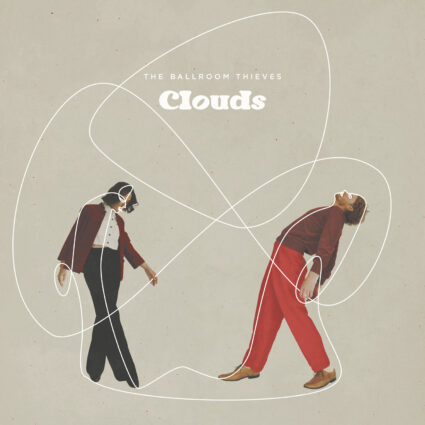 “This one started as a slow bummer acoustic song about learning to live with depression. But rather than letting the music settle into the sadness of the lyrics, we thought it would be more fun as a sad song dressed up in sunny music. It’s the free-fall feeling of riding around coastal California with the windows down while accepting the inevitability of a life spent struggling with mental illness.”

Following recent dates with friends and collaborators like Lady Lamb, and Darlingside, the duo will be doing a series of summer dates ahead of AmericanaFest 2022 in Nashville, TN, and Newport Folk Festival on Saturday, July 22. Fun fact: In 2011, while watching Dawes (with a couple of drinks in hand), the band’s name was conceived. Since then, what’s followed is a festival debut performance in 2015, peripheral afterparty performances, extended museum stage sets, as well as guest appearances with friends. This year, they return to the Newport Folk Festival stage for the first time with their new lineup. See full dates HERE. (contact us with any requests!)

The forthcoming album is a lush meditation on longing to return to touring (“to see different sunsets, roads“) but also a reflection of its difficulties (insomnia brought on by sleeping in different hotel rooms every night). The Ballroom Thieves have always been adept at pairing lush harmonies and melodies over dark lyrics. The new tracks are no different. And the more they leaned into their wanderlust, the more themes became apparent – the idea of a life spent in motion (“Shine“), the power of the storm representing a relationship transformed into heartbreak (“The Lightning“), Man’s ceaseless degradation of resources and Nature’s inevitable fury (“Worldender“), and the “little rain cloud inside our heads” (Borderline).

Clouds also became an opportunity to let listeners in on the intimacy of the recording process. Most songs began with Earley and Peters writing together. And for the first time, the album features songs recorded live in the hope of bringing fans directly into the room.

“We got to step away from a lot of the big three-part harmonies. This album is an intimate glimpse into our world as a duo,” says Earley. “This is an exciting and new sonic direction for us. And like most things, it’s those types of challenges that inspire us.”

It’s their unique brand of powerful and harmonious music, while never shying away from topics and ideas they are passionate about, that has charmed fans around the country. Their catalog has amassed over 90+ million streams, garnered key support from the press (Rolling Stone, NPR Music, The Washington Post, American Songwriter, Consequence Of Sound, Paste) and radio (WBUR, WGBH, WETS, WMOT, Maine Public Radio, WCLX, WCLZ), and gained a loyal live following, with sold-out shows and festival spots at Boston Calling, Newport Folk, and Calgary Folk.