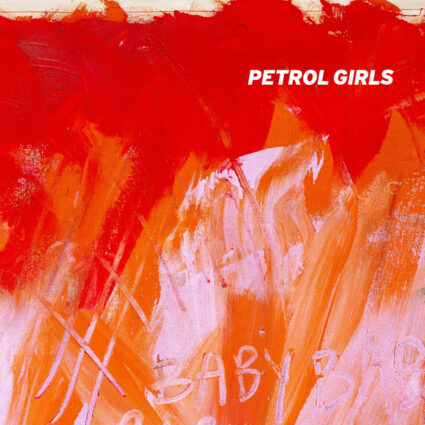 “There’s a strong argument to be made that this is their best work yet…Ferocious, focussed and, more than anything, downright fun, Baby is further proof that Petrol Girls are one of contemporary punk’s finest bands” – Kerrang! (4/5)

“Baby is Petrol Girls at their minimalistic best – tongue-in-cheek when they want to be, and powerful and defiant when they need to be. In a world crumbling around us, it’s records like these that are more important than ever.” – Punktastic

“Baby is the album we need right now. It is raw and emotional, but also knows when and when not to be irreverent.” – Distorted Sound 9/10

“Ren Aldridge has never been one to hold back as a singer or an activist, and proudly sneers on “Baby, I Had An Abortion,” an unapologetic party-punk raver about her own experience.” – NPR

“Along with the release of the video, the band revealed plans to launch a zine on abortion and reproductive rights, and there will be an open call for submissions on their website. They’re also donating U.S. profits from their “Baby, I Support Abortion” merch to The Brigid Alliance, an organization that “arranges and funds confidential, personalized travel support to those seeking abortion care in increasingly hostile environments. In partnership with a network of funds and providers, we are closing the gap between the right to an abortion and the ability to access one.”” – Brooklyn Vegan

Time is supposed to mellow us, but for Petrol Girls it has distilled their feminist politics into an ever more potent cocktail. Fitting, given that their logo from day one has been a flaming molotov. Since their formation in 2012, the band has been known for playing fast-paced, chaotic punk that takes aim at everything from sexual violence to immigration policy, but over the last few years their sound has evolved in a more nuanced direction. Their 2016 debut album Talk of Violence was a blast of pure political rage, while 2019’s Cut & Stitch saw vocalist Ren Aldridge exploring familiar themes from a more personal perspective. Now their latest offering, Baby – to be released through the London-based independent label Hassle on June 24th – sees the band turn another new corner. This time, by embracing irreverence. (continue reading full bio on download page)