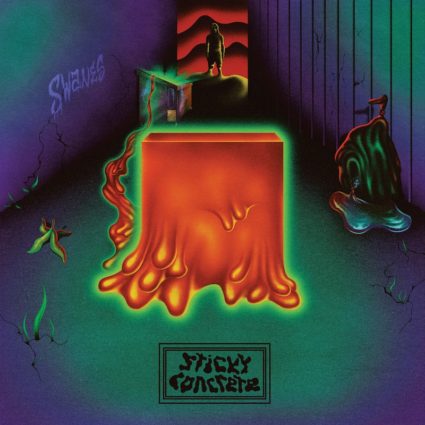 In 2018, brothers Michael and Stefan Bildy started a band called SWANES. They’re a duo that writes, records and produces their own music. Although SWANES has only been established for three years, they’ve been making music ever since they can remember. Performing in small groups around their hometown London as kids, as well as a number of bands throughout their teens. They carried on like this until Stefan left to study performance at the Berklee College of Music, while Michael stayed in Canada to study American Sign Language.

After their studies, they decided to move to Toronto to start experimenting in the music scene in Canada. Unfortunately, the journey had its ups and downs. In their first year, Mike was diagnosed with Borderline Personality Disorder (BPD). Although it was a challenge to create while navigating the lack of mental health resources, Mike found deep solace in music, and often cites it as a key outlet for his mental health.

Inspired by his mental health struggles, in 2019 Michael wrote a song called BPD. With more than 300,000 plays and features on Spotify playlists, like Fresh Finds, Indie All-Stars and Bedroom Pop, they struck a chord with Canadians and began building an international fan base. That exposure landed them in front of the UN at their 2019 General Assembly, as a featured artist speaker on a Soundcloud podcast addressing the subject of mental health in the music community. In addition to that, BPD has been sampled by producer Illmind, known for his work with Beyonce, Kayne West and Drake. After those experiences they’ve become big proponents of mental health awareness and continue to look for ways to use their art to talk about important social issues.

Over the last two years, they’ve managed to release 6 singles – with airplay around the world, including a single release with French label Kitsuné Records. They’ve had shows at a number of Toronto venues, including at Lee’s Palace, The Horseshoe Tavern, The Silver Dollar and The Baby G, alongside acts such as Madison McFerrin, !!!, Delicate Steve, We Were Promised Jetpacks and many others.

Although still in their infancy, they’ve received airtime on BBC Radio 1, CBC Marvin’s Room and recently, regular rotation on CBC Music 3. SWANES music has also been written about in Earmilk, The Line of Best Fit, Bandcamp Daily, Exclaim! and many others.