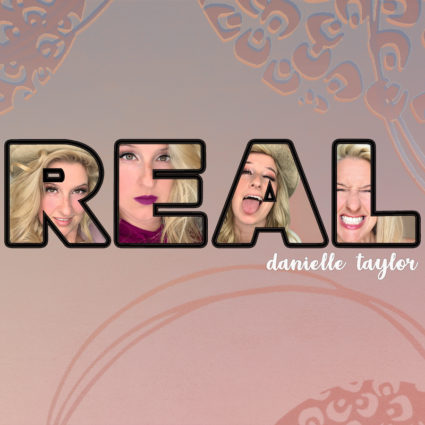 Danielle Taylor is an Adult Contemporary/Pop artist out of Los Angeles, CA. With a background in classical music and her heart rooted in pop tunes from talents like Sara Bareilles, Michael Jackson and classic writers like Carole King, Ms. Taylor found herself quickly drawn to the piano. Though she had no formal training, she taught herself the basics and jumped into LA’s music scene with both feet. Her talent, drive and determination have afforded her many great opportunities including an exclusive mentorship with former SVP of Epic Records, Don Grierson as well as countless direct support slots for touring artists such as Ari Hest, Jonny Lang, Steve Tyrell, Leon Russell, Colby O’Donis, Marc Broussard, Marc Cohn, Wilson Phillips, Howie Day, Lisa Loeb, Striking Matches, Crystal Bowersox and many more.

In 2015 her EP titled, ‘The Chase‘ was released via SonyRED. The record was produced by Grammy Winner, Erich Talaba, received rave reviews, was signed to over 2 dozen licensing deals and was in heavy rotation on college radio across the US and Canada.

In 2016 her first full length album, titled 1440 was self-released to a sold out show in the heart of LA. Reviews of the record compared Taylor’s vocals to both powerhouse vocalist, Adele, as well as the edgy pop artist, P!nk. Revered for the strength and range of her voice, her lyrical ingenuity and ever-present pop sensibility, Taylor’s ‘1440‘ was the first of her records to earn a spot on SiriusXM.

In the summer of 2017, her song, ‘RSVP’ charted at #43 on the DRT’s National HOT AC/POP chart just 4 spots under Adele). Later that year, she released a music video for her hit ballad ‘Is It Ok?’ – that video currently has over 2.2 Million views on Facebook.

Following the popularity of her songs ‘RSVP, ‘A Borrowed Dime’ and ‘Is It Ok?’ on SiriusXM ‘Velvet,’ Taylor was invited to perform at the 2018 NAMM Convention in Anaheim, showcasing for the NAMM Foundation directly. In May of 2018, Taylor flew to New York to interview and record a Guest DJ spot called ‘My Personal Velvet.’ This opportunity allowed Taylor to talk about artists that influenced her writing, singing and everything in between. While there, Taylor also discussed her [then] upcoming release, ‘COLORS.’ In mid-October, her second full length album debuted on SXM with her single, ‘Here’ leading the way.

In December of 2019, Taylor recorded a live concert in Hollywood and a few months later, in the spring of 2020, Taylor’s live track ‘Better Together’ was added into the permanent rotation on SiriusXM. A week later, the album version was introduced to the world by Pat Monahan of the band Train on his weekly show, ‘Train Tracks.’ Two weeks following, Ms. Taylor was personally contacted by the director of programming for SiriusXM and asked for additional material to feature on their stations. To date, Taylor has 13 regular songs on SiriusXM Radio as well as 3 Christmas tracks in holiday rotation.  (continue reading bio in download folder)