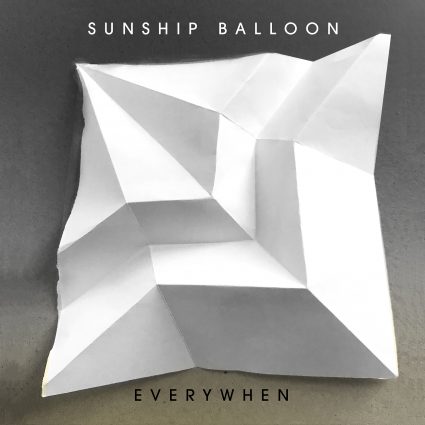 Sunship Balloon – the side project from Daniel Haggis and Tord Øverland Knudsen of The Wombats have released their highly anticipated debut album Everywhen.

Everywhen is a remarkable slice of leftfield psychadelic alt-pop, and was mixed by John Congleton (Angel Olsen, St. Vincent, Bombay Bicycle Club), sitting without a doubt as the duo’s most forward thinking work to date. The stunning record features the mammoth singles ‘A4 Life’, ‘1224 Fantasia’, ‘1000 Conversations’ and new single ‘Hashtag World’.

Speaking about Everywhen, Daniel Haggis said: “‘The album title ‘Everywhen‘ is an Aboriginal concept I read about during the making of the album relating to our ancestors and nature and how it encompasses our past, present and future all at once, in the same moment. This concept, although hardly understanding it, somehow felt perfect and really summed up the album. We imagined the album as a journey through the space-like expanse of the mind, floating along in a little space ship looking out at the planets orbiting the Basal Ganglia star. Almost as if we were soundtracking our own sci-fi film.”

Sunship Balloon’s debut album Everywhen is out 9/18 via AWAL.