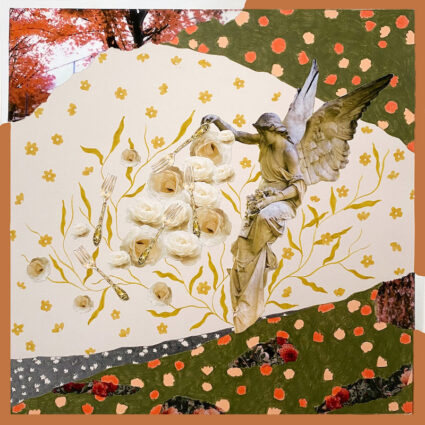 “Hallelujah Hell Yeah is a beautiful and raucous record that leaves you with an almost overwhelming sense of joy” – The Alternative (Album Review, Phenomenal 5/5)

“String Machine are a band out of Pittsburgh playing melodious indie rock that blurs the distinction between emo, folk-rock, and peak late-aughts blog-rock.” –Stereogum

The music of String Machine is rapturous and inviting. You’ll find an undeniable magic within each note, a palpable energy owed in part to its creative process. Hallelujah Hell Yeah is an album of joy, vulnerability, and forgiveness. Through this inventive indie rock, seven friends manage to transport you to the bedrooms, basements, and home studios in which this was all created, conceptualized, and recorded.