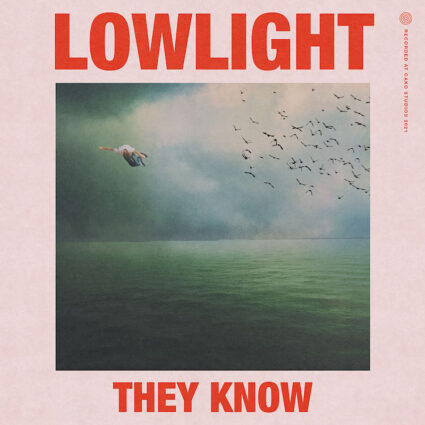 Rooted in indie rock, many have compared them to bands like The National, Chromatics, Timber Timbre, and Weyes Blood. Their willingness to experiment and their diverse musical backgrounds opens the door for unexpected elements, adopting the experimental spirit of artists such as Radiohead, Nick Cave, XTC, and Can.

The band has consistently impressed audiences with their energetic live performance, gaining a large and loyal following in Asbury Park, New Jersey’s music scene. In 2018 they toured nationally with rock-n-roll legends, Pretenders. They’ve performed across the US in historic venues and at large scale music festivals; the latest being Sea.Hear.Now in 2019. Their ferocious DIY spirit led them to team up with like-minded indie record label Mint 400 in 2020. In 2021, they appeared on the NACC charts and were played on dozens of college stations, as well as syndicated programs like “Out Of The Woods”.

This short album packs a punch, starting with Lowlight’s self-titled track and features band members Derril and Dana Sellers on vocals for the first time. Track 2 “Ceremony” features NJ based singer/songwriter and long-time Lowlight collaborator Joe Galuppo. One of the more unique and ambitious tracks on the record is “Church Dirt”, which features Jeremy Benson of the Roadside Graves. The whole affair wraps up nicely with the single “Samantha”. Samantha finds a thread between two disparate experiences, the joy of a first kiss and the thud of loss. In Gleason’s words the lyrics are about, “being knocked down on your ass mentally and physically.” The song’s delicate arrangement pulls the listener in as it weaves through the story, ultimately climbing to a lush and powerful hook.