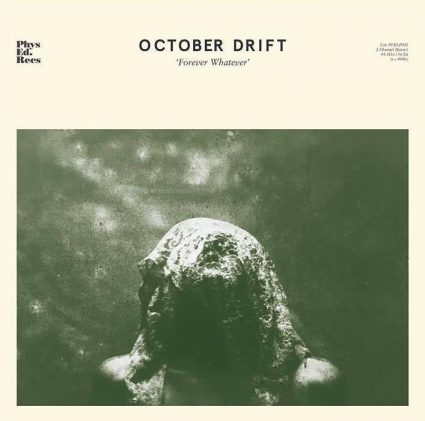 “Bold and brash, tender and understated, and perhaps most importantly vital, a true contender for album of the year.” – Clash Music (8/10)

“This album is hugely personal to us,” explain the band. “It’s years of teenage angst, loneliness, feeling you’re not good enough, all our faults and fears put into 40 minutes of guitar noise. We don’t care about being a cool band. We just wanna write music that people give a shit about. And if it connects with even a handful of people, then it’s been worth it.”

From the brooding ‘Cherry Red’, a stark contrast of spacious ambience and affronting walls of sound, the album moves through the driving, lyrically elegiac and vastly textured ‘Just Got Caught’ into the beautifully melodic and infectious ‘Milky Blue’, with evocative vocals set against a surging, reverb-drenched soundtrack.

A juxtaposition of calm and chaos, the album’s title track ‘Forever Whatever’ combines volatility with hushed verses, a meditation on emotion that moulds faults and fears into positivity, before closing track ‘The Past’ provides a euphoric conclusion, with an intensely layered sonic landscape highlighting an infectious mantra of hope.

Formed from the fruits of a solid foundation built over years of touring and writing, Forever Whatever cements the band’s place as an important new presence, with their heavy, pop-inflected rock delivering a rejuvenating injection of fresh blood to the genre.

One of the most electrifying, charismatic and formidable live acts of the past two years – with appearances at festivals including Glastonbury’s John Peel stage, Reading & Leeds and The Great Escape, as well as a major European tour with Editors in 2018 and a slot at Liverpool’s Sound City – the band will embark on a ten date headline tour following the album’s release, including dates in Manchester, Glasgow, Brighton and London throughout February.