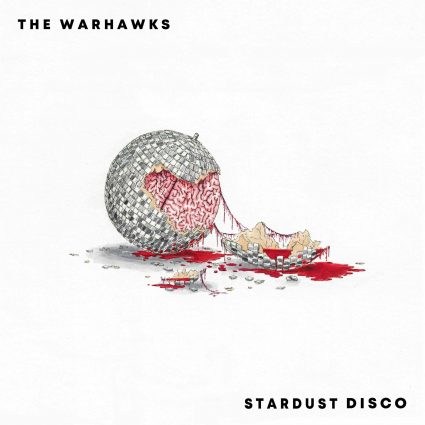 New Rivals
Comprised of Matt Orlando, Tom Lipski, and Bilodeau brothers John and Pat, The Warhawks are a dynamic, blue-collared indie rock outfit from Gloucester City, New Jersey.
Following a string of DIY releases, the band release their debut album Never Felt So Good in January 2019, recorded and mastered by Dave Downham (Beach Slang).  Combining soaring punk rock anthems of love, life and hope with a refreshing alt-rock twist, Never Felt So Good would earn them accolades as 93.3 WMMR’s Band of the Month that following March, as well as steady rotation of their song “Miracle” on top indie station 88.5 WXPN and live appearances on WRFF Radio 104.5.
Through their relentless efforts, the band has toured themselves throughout the northeast and midwest while cultivating a large, passionate fan base at home.  They have also earned prominent opening slots for July Talk, The Menzingers, Off With The Heads, and White Reaper among others.
The new EP entitled Stardust Disco, set for release February 1st, 2020 via New Rivals Entertainment.
“Energy, heart, and attention to detail make for some of the more exciting alt-rock I’ve heard in a while” – Reflective Surface Mag
“Catchy and contagious from start to finish, let The Warhawks into your life, you can thank me later” – Bloggin’ Rotten
“…churning punk rock, catchy tunes, and a vibe that feels like the sweet spot in a vortex of The Gaslight Anthem, a fuzzed-up amp, and Cage the Elephant – all stitched together with that sweaty, garage-band attitude…” – Sound the Sirens
“They had been working real hard to become one of the prestigious rock bands from the Delaware Valley music scene, and it shows to pay off after this album” – Roar Reports
On TOUR now! Contact us with any requests!