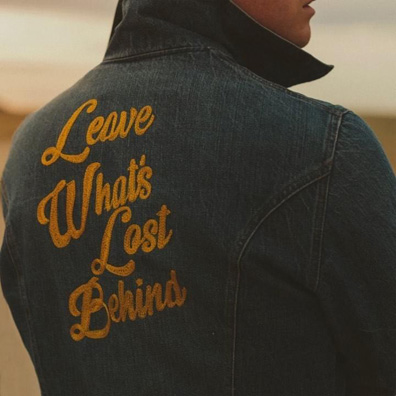 “This is a great album that blends pop sensibilities with an indie rock vibe. This band does it as well as anybody in the game.” – Ultimate Guitar

“Leave What’s Lost Behind revels in life’s beauty, and the quartet (elevated by producer Ben Shive) capture awestruck wonder more poignantly than most.” – Under The Radar

“Everything that is rich and raw and true about life is spilled out into these songs and I felt every moment of it over and over again.” – That Music Mag

“[The video] is a stunning comparison of the natural beauty of the world to the desire for beauty in every soul, as the song reminds us how “everybody’s looking for some light.”– Hollywood Life

“On their third album, Nashville’s Colony House return to the colossal, yet pensive indie rock anthems of their debut with a mix of old tricks (hope-filled lyrics, thundering soundscapes) and new ones (playful beat switches, danceable grooves)” – Under The Radar (7.5/10)

With Colony House’s third full-length album, Leave What’s Lost Behind [Roon Records], the Nashville quartet—Caleb Chapman [vocals], Will Chapman [drums], Scott Mills [guitar], and Parke Cottrell [bass]—stitch together a singular folklore between threads of stadium rock scope, alternative experimentation, and indie spirit, making a bold statement in the process. “Leave What’s Lost Behind is a bit of an experiment,” explains Caleb. “After a confusing season of trying to figure out what Colony House was supposed to sound like next, we put that on hold and began focusing on what Colony House wanted to communicate next.”

A confluence of serendipity, fate, and inspiration brought the group here. They quietly steamrolled into the mainstream on their 2014 full-length debut, When I Was Younger. Its lead single “Silhouettes” not only generated over 30 million total streams, but it also stood out as the #1 most-played track on SiriusXM’s Alt Nation for four consecutive months.

In between constant touring and performances on Late Night with Seth Meyers, CONAN, and Today, 2017’s Only The Lonely yielded fan favorites “You Know It” and “You & I.” Not to mention, they garnered widespread praise from the New York Times, Entertainment Weekly, Paste, Clash, Huffington Post, A.V. Club, Earmilk, and many others.

After nearly two years of solid touring without recording, the musicians found themselves at a crossroads.

“With managers, labels, and peers offering a moving target of opinion on what Colony House should do next, we knew our approach to this next album had to change.” Scott Mills explains. (continue reading full bio in download folder)