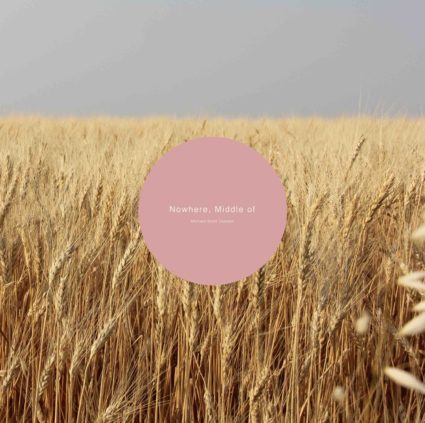 To hear Michael Scott Dawson describe it, his solo debut of ambient works is as much of a palliative gesture as a professional one. Nowhere, Middle Of’s measured, gentle pacing couldn’t be further from the indie pop he created as part of the ever-expanding Canadian group Library Voices, but as Dawson puts it, “It was something I felt compelled to make for my own well-being.” The Saskatchewan-based musician developed vertigo in late 2017, making even the prospect of listening to music near-impossible. In his slow path to recovery, he found the airy quietude of minimalist piano and languorous guitar loops. Though Dawson has previously released ambient music as one half of a duo with Jon Neher, Nowhere, Middle Of stands apart for its unmistakable hopefulness. From the chirping birds that appear in the final third of “London, 4AM” to the sloping, solipsistic synths of “The Fox Sisters,” Nowhere, Middle Of is a rich document of healing. – Bandcamp Daily

In late 2017 Dawson suffered an unexpected bout of vertigo. For the better part of 18 months the thought of working on music felt impossible. Some days just the thought of listening to music felt impossible. As the symptoms started to recede, he rediscovered a love for close listening. Before long he had set up a makeshift studio at home and started work on what would become Nowhere, Middle of. Reflecting on the project, Dawson states “I knew I wanted to rely as much on scotch tape as a computer.”

As recording neared completion Dawson turned to a new source of inspiration. Rereading Oliver Sack’s Gratitude and a road trip to Canyonlands with his wife led him to revisiting the mixes with a renewed focus on quiet, space, and patience.

Michael Scott Dawson is a Canadian sound artist, multi-instrumentalist and community builder. His minimalist production explores ambient and electro-acoustic compositions through synthesis, field recordings, tape loops and manipulations. Much of his solo and collaborative work focuses on efforts to reconcile his relationship with music and technology.

He has previously released collaborations with The Field Tapes and Jon Neher and appears on the Thesis: Recurring project alongside such artists as Taylor Deupree, Rafael Anton Irisarri, Benoit Piouland, and Pan American. Dawson is also a principle songwriter and the lyricist for Library Voices and has contributed electronics and instrumentation on dozens of albums for such artists as Surf Dads, Blue Youth, The Low Joy Ceiling, ROM DOS and many more. He has toured extensively with previous projects, performing across North America, the UK and Europe.