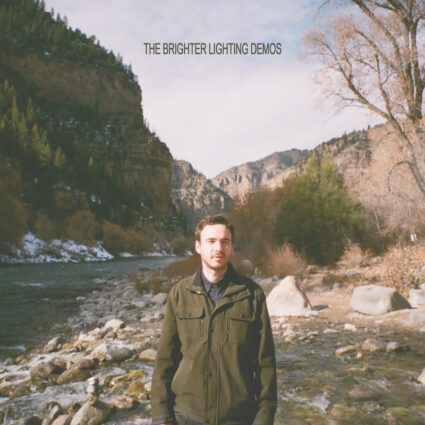 Brooklyn-based artist Elijah Wolf has released The Brighter Lighting Demos, a 4-song EP of demos from his acclaimed album, Brighter Lighting, which was released one year ago via Trash Casual Records. Stripping away the production and all-star instrumentation, the demos serve as a companion to the album, showcasing Wolf’s dynamic and soulful songwriting over sparse instrumentation. This week, Wolf will headline a show at Gold-Diggers in Los Angeles with special guest Jess Cornelius. Tickets are available here.

“After the release of my first record On The Mtn Laurel Rd, I felt a deep sense of adventure. After making a record entirely on my own in my Brooklyn apartment, I set out to make something that would sound bigger than anything I had created yet,” explains Wolf. “Days after the release, I began writing new music, songs that would eventually become my second record Brighter Lighting. Before bringing them to a proper studio (where Sam Cohen would eventually help me bring them to the final stages of life), I spent an entire season working in solitude in a small Brooklyn recording studio. My original intention was to work out simple demos of the songs. To my surprise, the studio was filled with fascinating instruments! A wall of synths! Drums, vintage keyboards,” he continues. “It began a season of exploration, a deep dive into recording & arranging. My intention for the songs remained: that these songs would be re-recorded with a proper producer, in a proper studio, with a full band (though I had no idea Nels Cline would end up recording the guitar parts!). A year after the release of Brighter Lighting, I am happy to share some of the original demos, recorded in that very studio. Some of the most personal recordings I’ve ever made.”

One year ago, Wolf released his critically acclaimed album Brighter Lighting, which was produced by Sam Cohen (Kevin Morby, Sharon Van Etten) and featured Wilco’s Nels Cline and Josh Jaeger (Angel Olsen). Earmilk reviewed the album (9/10) and called it “a great folk tale that’ll take you from mountain-high to valley-low in just over a half-hour,” while Paste reviewed the single “Like This, Anymore” and called it “the perfect summery tune to just sit back and take it all in.” The album has also been covered by Forbes, Allston Pudding, and NPR Music, who added every single to their New Music Friday playlists. The album led to an action packed summer which included Wolf’s first-ever UK headline tour and a packed performance at the End of the Road Festival; he also performed at the famed Newport Folk Festival. In October, Wolf shared “Yesterday, With You,” a soft-sung track featuring performances by Robin Pecknold (Fleet Foxes), Paul Spring (Holy Hive), Josh Jaeger (Angel Olsen) and Kevin Copeland (Lightning Bug). Most recently, Wolf appeared on Aquarium Drunkard’s “Lagniappe Sessions,” performing covers of Jackson Browne, Big Thief and Dijon.