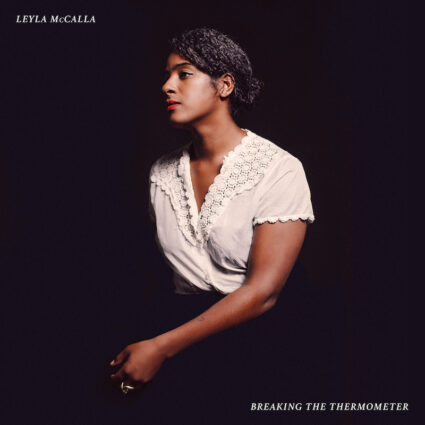 Born out of a multi-disciplinary theater project commissioned by Duke University, which acquired the complete Radio Haiti archives in 2016, ‘Breaking The Thermometer’ combines original compositions and traditional Haitian tunes with historical broadcasts and contemporary interviews to forge an immersive sonic journey through a half century of racial, social, and political unrest. The music is captivating, fueled by rich, sophisticated melodic work and intoxicating Afro-Caribbean rhythms, and the juxtaposition of voices—English and Kreyòl, personal and political, anecdotal and journalistic—is similarly entrancing, raising the dead as it shines a light on the enduring spirit of the Haitian people. Leyla McCalla (former member of The Carolina Chocolate Drops) isn’t just some detached observer here, though; she writes with great insight and introspection, examining her own journey of growth and self-discovery as she uncovers the Radio Haiti story and the inextricable ties that bind us all to it.

“Haiti’s always seen as this far-away place,” McCalla says, “but we’re far more connected as Americans than we realize. Haiti was the first independent Black nation in the western hemisphere. Its very existence was and remains a threat to colonial power. At the same time, though, it symbolizes a lot about injustice and oppression around the world. When we talk about ‘Black Lives Matter,’ Haiti is a huge part of that.”

The mix of musical performance and spoken word recordings also establishes a template for much of what’s to come on the album. The mesmerizing “Fort Dimanche,” for instance, uses both original songwriting and archival audio to tell of the infamous Fort Dimanche political prison used by the Duvalier regime to interrogate, torture, and execute suspected dissidents; the meditative “Ekzile” underpins journalist Michele Montas’ recollections of being forced to flee her home country with brooding layers of cello and percussion; and the previously mentioned “Dodinin,” which arrives after a poem of refugee desperation written and read by another assassinated journalist, Richard Brisson, gives voice to the pain and frustration of the working poor.

“I actually learned that song years ago from an old Smithsonian Folkways record,” says McCalla, “and it is a song of revolution, of the poor rising up against the ruling class, and it just felt so emblematic of Haitian social dynamics from colonial times straight through to today.”

Later this month McCalla will perform at New Orleans Jazz & Heritage Festival and the Breaking The Thermometer theatre work will be shown at Miami Dade College in early May. That will be followed by a run of June West coast tour dates with Neko Case. See tour dates HERE and contact us with any requests!