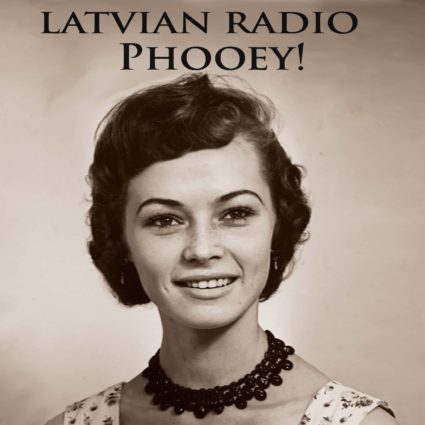 “Patric Westoo sure isn’t loosing his power-pop touch. Nor has the band lost its flair on Phooey’s many mid-temp rockers. That’s why it’s fun/striking, and not unwelcome, that they begin on such a different tack. As if to throw us off their regular scent. Westoo punches out a faster punk/Flying Nun blend on “Sliding Down A Ladder” then “Make Believe”, with equal success. Turns out any Latvian Radio is good radio.” – Jack Rabid, the Big Takeover Magazine

“Intelligent and well crafted by musicians at the height of their imagination and creativity.” – The Ringmaster Review

“One of my favorites.” – Absolute Powerpop

“Album of the week! It fuses old school alternative rock and vintage punk with new wave and mod.” – Motif Magazine

NY based college radio faves LATVIAN RADIO has been slinging their own brand of melodic, boisterous indie/power-pop to critical acclaim for a decade and a half. Most of their 7 albums have charted on college radio and ended up on multiple best albums of the year lists. With their 8th release Phooey! they return to their power-pop roots with an added punch reminiscent of band favorites like the Replacements and the Plimsouls. The band has also been linked to the likes of the Shins, Elvis Costello and the Attractions, REM and the Decemberists.