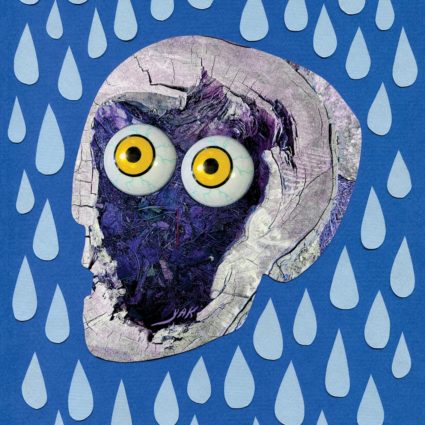 “The Baltimore band Angel Du$t—featuring members of Turnstile and Trapped Under Ice—have announced a new album. Yak: A Collection of Truck Songs was produced by Rob Schnapf (known for his work with Kurt Vile and Elliott Smith) and is out October 22 via Roadrunner.” – Pitchfork album announce

Baltimore, Maryland’s Angel Du$t have announced details of their new album YAK: A Collection of Truck Songs, which will be released October 22nd on Roadrunner Records.  Vocalist / guitarist Justice Tripp remarked on the forthcoming album sharing, “People get really married to the idea of making a record that sounds like the same band. If one song to the next doesn’t sound like it’s coming from the same band, I’m ok with that.”

Put simply, Angel Du$t are the guys who do whatever you don’t expect.

Produced by Rob Schnapf (Kurt Vile, Elliott Smith), YAK: A Collection of Truck Songs follows Angel Du$t’s 2019’s LP Pretty Buff, and sees the group channeling an anything-goes philosophy into their tightest, most forward-thinking material yet. Recorded over a two-month period in Los Angeles last year, the album is a rotating smorgasbord of percussion, guitar tones, effects, genres, and influences, fashioned in the spirit of a playlist as opposed to a capital-R ‘Record.’ The album’s 12 tracks span jangle-rock gems (“Big Bite”), piano-spiked power pop (“No Fun”), and a breezy duet with Rancid’s Tim Armstrong (“Dancing On The Radio”).

YAK: A Collection of Truck Songs also features; “Love Is The Greatest,” “All The Way Dumb,” “Turn Off The Guitar,” and “Never Ending Game,” all of which appeared on Angel Du$t’s 2021 EP Bigger House, an expansion on the foundation of their 2020 EP Lil House.

Breezy but determined as they imbue their laid-back acoustics with sharpness, Angel Du$t continue to prove they are band averse to boundaries. The band’s Roadrunner Records debut LP, Pretty Buff, was produced by Will Yip and earned the band critical acclaim with UPROXX attesting “they somehow managed to pull off a 180-degree sonic overhaul with Pretty Buff, stripping back the raw aggression of their previous releases in favor of melodies and strong choruses.” GQ declared, “It’s impossible not to smile and bounce around hearing it, the perfect album for defeating your seasonal depression,” while HIGHSNOBIETY confirmed, “punk has never been more alive with Angel Du$t tearing up the hardcore scene and continuing to push all of the boundaries.” THE FADER praised Angel Du$t for their “Fast-paced acoustic guitar chords, speedy vocals, and sunny melodies,” and STEREOGUM asserted “Angel Du$t’s ripping hardcore seems to have emerged even more melodic… hurling forward with layers of percussion and a chunking acoustic guitar.”