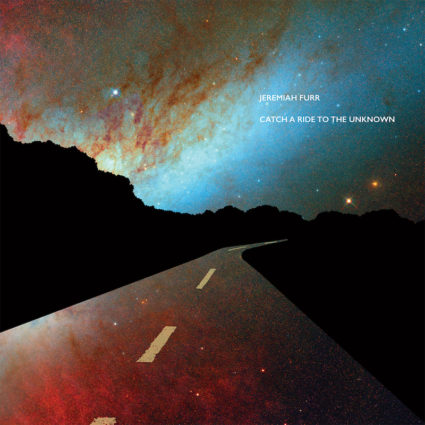 Jeremiah Furr - Catch A Ride To The Unknown

Brooklyn-based solo artist Jeremiah Furr’s second full-length album, Catch a Ride to the Unknown is stripped down, high-energy garage rock in the vein of Ty Segall or Jay Reatard that gets right to the point.

While each track is like an item on a sonic buffet offering something different, a consistent foundation is apparent in each song. This album was built primarily by thick electro-charged guitars and distorted growling vocals to construct a unique and gritty wall of sound.

Jeremiah reminisces about his youth growing up on a cattle farm and the adventures of his pet with the track “Prairie Dog.” On the other end of the spectrum, he also recognizes his experiences living in New York City dealing with corporate culture in the song “On and On.” The no-nonsense intensity of the title track explores a mysterious figure who gets launched into space by a tidal wave. The wave is so otherworldly that it throws them into another dimension! Unfathomable battles and complications arise as they attempt to return to Earth.

The country, the city, outer space, and everywhere in between are all explored on this album. No matter the subject, the songs themselves flow distinctly.

As the saying goes, life’s about the journey, not the destination, and Catch a Ride to the Unknown is a rocking roadmap to that philosophy.