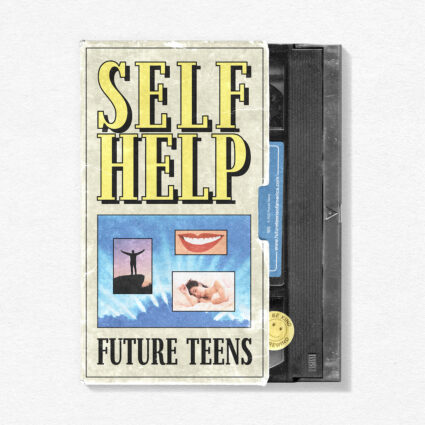 “[‘BYOB’ is] a reflective and jammy rock song, which comes with a playful music video that offsets the seriousness of the lyrics” – BrooklynVegan

“Personal, identifiable, resonant lyricism…[“Same Difference” is] an intersection where the something short, catchy, and has a shout-a-long chorus collides head-on with writing that leaves you feeling extremely seen.” – Atwood

To be released by Triple Crown Records on 9/23/22, Self Help is an exquisitely vulnerable and empathetic healing wound of an album that sweetens weighty universal anxieties with gorgeously lovesick melodies, intuitive close harmonies, and elevated emo-esque songcraft recalling indie-pop’s Pitchfork-propelled 2000s heyday.

“This is the record that I needed as a depressed kid,” mulled co-vocalist/guitarist Amy Hoffman (they/he). “These are songs that I still need as an adult with plenty of mental health stuff going on. I just hope that somebody connects with it in a positive way.”