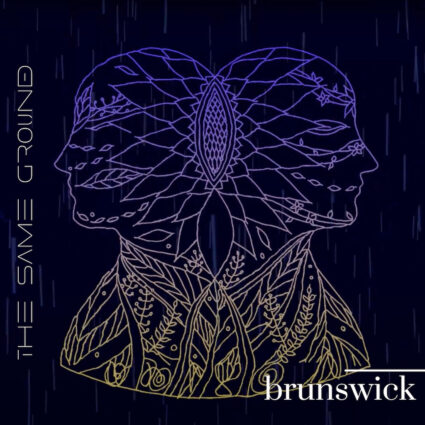 Brunswick formed in Baltimore, MD in early 2022 after vocalist/guitarist Marc Cashin decided to record some of the songs he had written over the years. The goal was to record a small demo, just guitar and vocals, and keep it as a historical record of what he had written. After receiving some not-so-subtle encouragement to dive deeper and record a full LP, it was time to put a band together. With that in mind, Marc reached out to long-time friend and drummer, Jamaal Turner. Jamaal and Marc had previously played in a band together and although they had spent years working on projects separately, the chance to make music together again was a no-brainer. From there, they found trombone player, John McCahey, Jay Fenner on saxophone, and filled out their horn section with Makai Guest on trumpet. The band brought in friends Andrew O’Donnell to lock down the rhythm section on bass and later, Tom O’Donnell on lead guitar. The final piece to the puzzle was the addition of Josh Miller on keys and organ. The band is releasing their first LP, The Same Ground, on Mint 400 Records this October.

Brunswick’s first LP, The Same Ground, is an eclectic mix of songs that sound both familiar yet refreshingly different. The band says that no matter what type of music you like, there is probably something here for you to enjoy and it really is easy to see why Brunswick’s fanbase is as eclectic as the band itself. If you ask who their influences are, don’t be surprised to hear names from across all musical genres. The band says they pull inspiration out of everyone from Paul Simon to Stevie Wonder. From Dave Matthews Band to John Coltrane. The Punch Brothers to The Beatles. With a skillfully blended mix of indie/alt, pop, funk, and a bit rock, The Same Ground is easily set up to be a record that just about anyone can enjoy.