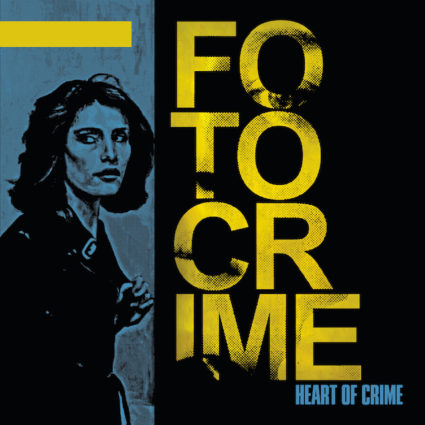 “First single “Delicate Prey” is an icy continental synthpop banger. Patterson sings his lyrics with a gothy snarl, and he makes sure his keyboards and his drum machines kick hard.” –Stereogum

“On ‘Heart of Crime,’ we hear the earnestness of the heartland fused with Patterson’s ties to the asceticism of the urban underground, like a post-punk Leonard Cohen.” –Maximum Volume

“The neon-streaked, black-leather-clad dark wave and post-punk of the eighties echoes” –Revolver

“The tracks are darker and catchier than on previous Fotocrime records, while Patterson’s complex arrangements include sprawling Kraftwerkian Krautrock explorations and Echo & the Bunnymen-flavored new-wave pop pleasures.” – Chicago Reader

While Ryan Patterson, the singer, songwriter, multi-instrumentalist, and producer behind Fotocrime, often sings in an intimately whispered baritone, he stands in stark contrast to the laconic troubadour role typically associated with his hometown of Louisville, Kentucky. Patterson has spent over two-and-a-half decades adding to the town’s legacy with his impassioned and activist-minded approach to music, his distinctive work as a graphic artist, and his contributions to nearly every aspect of creative underground culture. After his time fronting forward-thinking art-inflected punk bands, Patterson looked to the urban centers of London, New York, and Berlin for new sonic inspiration, drawing from the passion of his roots while tapping into the sounds of classic EBM and post-punk artists for Fotocrime. (continue reading full bio on download page)