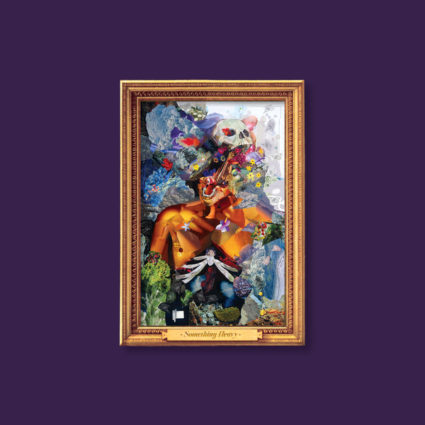 You, Me, and Everyone We Know - Something Heavy

“Lyrically, You, Me, And Everyone We Know has always been socially conscious, and quite clever on how they view the world in their lyrics, and this album is no different. The lyrics are the main attraction. These may be some of the best lyrics singer Benjamin Liebsch has come up with.” –New Noise

““The World Is Ugly, I Want Wine” pulls back from the high-energy intensity of the previous singles, instead exploring isolation and exclusion over synth-laden soundscapes.” –Under The Radar

The concept of a multiverse is one that has recently exploded into the zeitgeist, but this is where fans of You, Me, and Everyone We Know have felt the most at home since the band’s inception. Each new incarnation of this project has featured a cavalcade of incredible musicians that have helped flesh out entirely new pocket dimensions of sound for figurehead Benjamin Liebsch to call home — even if only temporarily. However, if comic books have taught us anything, it’s that these realities are all bound to fold into one another eventually, forcing a new perspective in a way that is just as uncomfortable as it is necessary for continued growth. This is the reality of the band’s long-awaited sophomore album — the blithely vitriolic and aptly named, Something Heavy.

A lot has changed in the six years since we last heard from You, Me, and Everyone We Know, primarily with Ben’s journey with their own mental health. Through therapy, they began to learn how to unpack traumas that informed a lot of the perspective of past material and understand the impact those traumas had on their development as a person. The process of knocking down these walls that Ben forgot they even built informed a good chunk of songwriting for Something Heavy, which references the ideological teachings of Ram Dass and the philosophical musings of comedian Pete Holmes, in such a way that allowed all of the separate world’s that they’ve inhibited to bleed into one another. The result of this is a sound that Liebsch has dubbed soul punk, which connects the eleven songs that make up this record by a frenetic energy that allows for the cathartic wails of songs like “Dragged Across Concrete” to  feel at home in the midst of something as explorative as a full-band version of the previously released “Ram Dass Dick Pics” without so much as an eyebrow raise. These changes come to you at break-neck speeds, much like the emotional stages of learning how to cope with the harsh realities that have shaped all of us, but that’s what makes this record feel as important as it does.

Ben has said that You, Me, and Everyone We Know is what has kept them alive through all of the peaks and valleys of human existence. This project has allowed them to explore facets of their own reality in a way that might have otherwise been unavailable to them, and with Something Heavy, Liebsch uses the perspective he’s gained in the decade since the release of Some Things Don’t Wash Out to fold each of the band’s many realities into each other — and the end result rings bloody and triumphant.