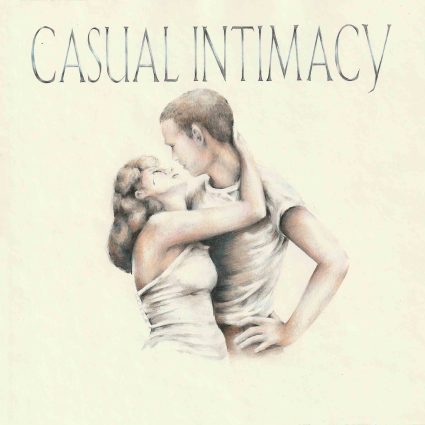 Jonah David has been creating and releasing music as Fantasy Camp since 2012, when he began producing and making beat tapes at age 16 in small-town Pennsylvania. Now based in Wilkes-Barre, and 10 years older, David has built Fantasy Camp into a gothic dream pop powerhouse, celebrating his first label release with Casual Intimacy on Memory Music.

The record comprises seven tracks of bedroom-produced, universe-sized dream pop, lo-fi R&B, indie rock, and electro-pop that document the aftermath of a long-term relationship’s dissolution, and the complexities of dating outside of the parameters of traditional, long-haul partnership. Casual Intimacy captured that weirdness.

David wrote, recorded, and produced the album entirely in his bedroom in late 2021 over a three week stretch, and Will Yip mixed and mastered it. David’s decade-plus of home production work means that Casual Intimacy punches far above its weight for a bedroom project: it flies through rich, ethereal soundscapes, springboarding listeners from the bedroom into entire sonic worlds. (read full bio on DISCO)