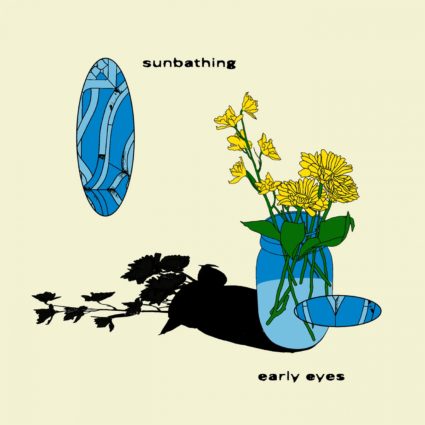 “This batch of tracks almost feels like a time-capsule of our pre-pandemic optimism; of hopefulness: A feeling we find more and more difficult to feel, but dichotomously more important to be feeling,” explains vocalist Jake Berglove. “Being stuck in this in-between space of uncertainty has, at times, made ‘Sunbathing’ (The EP) sound more like memories than music to us. They’re like a letter left from our past selves to our future selves, to hopefully have some time to appreciate those carefree and peaceful moments. Moments like eating the perfect toast for breakfast, petting the cat, or even going for a night bike ride.”

In 2016, Early Eyes came to life on a Minneapolis college campus. Though the band originally started as a hobby, they have since become so much more. Early Eyes have established themselves in the Twin Cities with their catchy, energetic, and soulful sound, which has led to local venue First Avenue naming them one of the Best New Bands of 2017 and Minneapolis City Pages nominating them for Best New Band in 2018. They have released three EPs: Minutes (2017), Decorating (2018), and All Shades of Teal (2018). Since signing to Epitaph at the top of the year, the band has released a series of singles that include “I’m Enough,” and “Drawing Myself.”