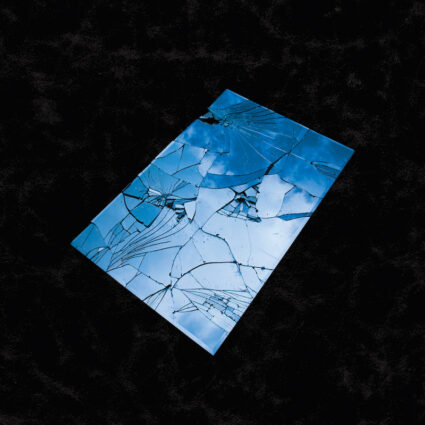 “With pummeling tracks such as “Abrupt,” “DAEMON,” and “Slugger,” we say mission accomplished as the fearless five-piece provide swift sounds similar to city-mates FIDLAR and Plague Vendor.” – The Noise

LA based punk rockers Death Lens have released their highly anticipated new album No Luck on Secret Friends Music Group. The bands new album is propelled by the hype surrounding singles “Abrupt”, “DAEMON” and “Not Impressed”, all of which received official playlist placements from Spotify, Apple Music, Tidal and Amazon Music along with airplay on MTVU, Sirius XM, Idobi Radio and television shows like Rob Dyrdek’s Ridiculousness.

No Luck is 14 tracks of Death Lens doing what they do best – pummeling audiences with fuzzed out SoCal style punk that hits hard enough for the moshers while being catchy enough for the pop-punk kids (and everyone in between). The songs blaze along at a breakneck pace, with precise playing from the band preventing it all from going off the rails. There is a palpable yet authentic aggression to the tracks, with lyrics that speak to the bands no nonsense approach to social and personal issues.

The band has this to say about their new album: “No Luck was our chance to get out of our comfort zone as a band by allowing each of us to bring our own influences to the table with total comfort and acceptance. It was also our way of releasing anxiety and anger from being confined and feeling silenced during the pandemic – we used this album as a platform to voice our opinions on problems we’re facing on a societal level as a country”

Recorded and mixed by Jonny Bell at Jazzcats Studios in Long Beach, CA from April – July 2021, the bands new album will be their first release on Secret Friends Music Group. Through 14 tracks of straightforward punk rock, the band touches on themes of social and political awareness, mental health and personal relationships with a realistic but positive message to fans.

Death Lens spent the first half of 2022 reintroducing local audiences to their caustic live show, along with supporting Together Pangea for a five day run and appearing at Treefort Music Fest in Boise, ID. They will be supporting Forever Came Calling for select dates in September alongside Homesafe and Pollyana. Full itinerary is below.