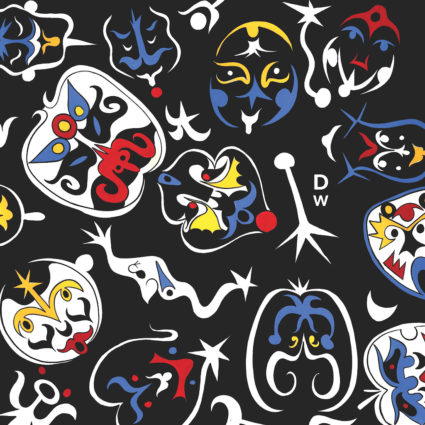 Dean Wareham - I Have Nothing To Say To The Mayor Of L.A.

Dean Wareham has announced a new album. The singer-songwriter from Luna and Galaxie 500 is releasing I Have Nothing to Say to the Mayor of L.A. on October 15 via Double Feature Records. – Pitchfork

Album Of The Month – Uncut Magazine

Dean Wareham hadn’t written a new song in almost seven years when he decided to get back into the swing of things. It’s not like he hadn’t been busy: Since the release of his last solo album, 2014’s Dean Wareham, he had made a soundtrack with his wife, Britta Phillips (for the Noah Baumbach film Mistress America, from 2015), put out two releases with his recently reunited group Luna (A Sentimental Education, a covers album, and A Place of Greater Safety, an instrumental EP, both from 2017) — and that’s not to mention the regular touring and performing, which spilled into the pandemic, when he and Phillips began doing livestreams from their home in Los Angeles. (A collection largely culled from those sets, Quarantine Tapes, was released in 2020.)

“Or maybe it’s just too sunny in L.A.,” he says with a laugh, considering another possible reason for the delay in original material. When it came down to it though, as he’ll explain, it was really all just a matter of putting an album into the calendar and committing. And so when a week of studio time opened up at the scenic Panoramic House in Stinson Beach, just north of San Francisco, he kicked it into high gear and got to work. “I think the hard thing is just to start,” he says. “When I sat down and did it, I felt the songs came pretty quickly.”

I Have Nothing to Say to the Mayor of L.A. is Wareham’s first singer/songwriter-style material in a long time, yes, but it’s also some of the strongest of his career, which stretches back to the late 1980s, when his group Galaxie 500 changed the face of what we now know as indie rock. You can feel the lineage of that period in this set, particularly in Wareham’s inimitable vocals — “I feel like I really sang out more than I have in a while,” he considers — but there’s a markedly different approach in much of the new music as well.

Unlike most of his writing through the years — spanning over a dozen full albums, in a variety of groups and incarnations — I Have Nothing to Say to the Mayor of L.A. is particularly notable for its range of narrators and subjects. “Red Hollywood,” for instance, is a deceptively bouncy song about the tragic story of John Garfield (a.k.a. Julius “Julie” Garfinkle), an actor who was blacklisted in the early 1950s for refusing to “name names” during the Red Scare, and died soon after, at the age of 39. “Robin & Richard,” which takes its name from an English nursery rhyme, is about the saga of Wareham’s Italian tour manager and driver, and chugs along like a van on a highway. (“The stars haven’t dealt me / The worst they could do,” he sings on that track, “My pleasures are plenty / My troubles are two.”)

Perhaps most notable of all, narrator-wise, is “The Last Word,” which was written mostly from the perspective of Eleanor Marx, Karl’s youngest daughter — a pioneering intellectual who took her own life in a manner reminiscent of Madame Bovary, a book that she was the first to translate into English. “I’m quite sure I’ve never done anything like that before,” Wareham said of writing a song in a historical figure’s voice.

And even when the concepts are a little less concrete, the songs are dense with references and subtext. “Just As Much As It Was Worth,” a kaleidoscopic baroque-pop stunner, is inspired from a theory on why we love written about by Zadie Smith in her essay “On Joy”; “The Past Is Our Plaything,” the Byrds-y opener, started from an observation by Julian Barnes about the inherent fallibility of our own perception of the past; “Cashing In,” a winking manifesto, was written in reflection of a playful comment made to Wareham by the artist Richard Kern, which was adapted for the chorus: “I’m not selling out / I’m cashing in.”

Armed with a batch of these inspired songs, and ready with a couple of choice covers — “Under Skys” by Lazy Smoke and “Duchess” by Scott Walker — Wareham decamped to Stinson Beach in November 2020 with producer Jason Quever (Beach House, Cass McCombs) and a tried and true duo of collaborators: Phillips on bass, vocals, and keys, and Roger Brogan on drums. Quever, an accomplished performer in his own right via his band Papercuts, also plays considerably on the album across a variety of instruments. (continue reading bio on downloads page)