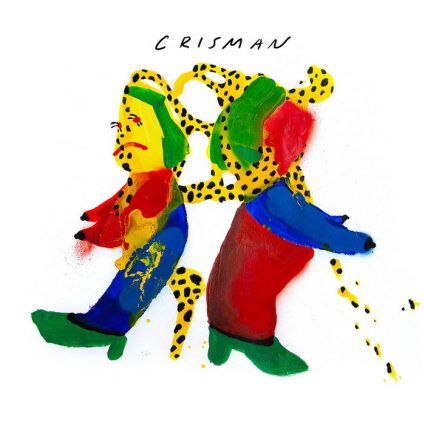 We may very well see Crisman become one of this decade’s most sought-after indie darlings. – Central Track

a sound that speaks of surrealist nostalgia against the background of the quiet rapture of reality. – Recommended Listen

atmospheric and translucent, with jutting riffs that prevent it from becoming shapeless. – The Alternative

In 2011, Dowd left her hometown of Alpharetta, Georgia for Denton, Texas, where she met Dead Sullivan frontperson Boone Patrello (he/him). Their chemistry led to 2018’s Crisman Tape, which Gold Flake Paint called “a hidden and unhurried gem in the current DIY scene.” For the band’s self-titled debut studio album, Dowd and Patrello teamed up with another fellow Denton musician in MAH KEE OH’s Grahm Robinson (he/him). Contrasted against the childlike playfulness of Dowd’s paintings, the band’s collective experience is refracted throughout the measured ten-song collection.

The melancholic and sinuous lead single “Surprise” pulls from childhood memories of wanting to be included and feeling misunderstood in order to lend its start-stop riffs an emotional touchstone. On “Cya,” the band employs acerbic distortion and twinkling arpeggios to explore the immaturity and inevitability of trying to forget a person or feeling that lingers far too long, where final single “Icee Blue” is about experiencing the infectiousness of a romance, a thematic reproduction of the song’s infectious composition.

Crisman will be out on Topshelf Records this April 3, 2020