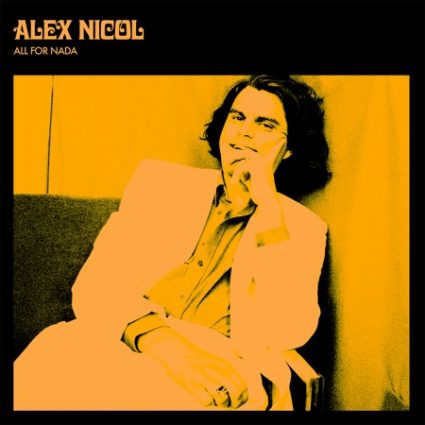 Alex Nicol - All For Nada

Alex Nicol is a singer-songwriter and multi-instrumentalist from Montreal. After years of touring in a post-punk group, Alex is releasing his debut solo LP, All for Nada. In the making of this record, Alex entrusted his long-time partner Nada with many creative choices. With the music acting like an audio journal of the people and themes important to them, the resulting eight songs hum with emotional integrity.

“The soft, slow-building track revolves around a silky instrumental lines and Nicol’s smooth vocals, as he delivers lines like, “And I wonder/ If this restless mind will yield/ To all the beauty/That surrounds me.” – Indie88

“Listening to Alex Nicol’s debut album is a very pleasant, almost floating moment. For eight songs, the Montrealer walks us to the rhythm of his delicate voice and equally graceful instruments. Sometimes we smile when certain melodies, and especially And I Wonder, subtly remind us of a Radiohead from the 1990s. Very intimate When you’re Blue, with its soft piano, exudes a powerful charm. We hope to have one day – soon – the opportunity to see him on stage!” – Metro Montreal

“Canadian singer-songwriter … Alex Nicol just released his first album All For Nada and this album is a masterpiece. Take a listen in our story. We discovered him two months ago and we can’t get enough.” – La Blogotheque

“The sensitivity of the melodies does justice to that at the heart of the process. To listen to by candlelight.” – La Presse

“I fell back in love with indie music when I heard All for Nada​, the solo debut of multi-instrumentalist Alex Nicol (best known for his contributions to rock band, Hoan.)​ I can’t recall the last time an indie release gave me all the feels while sounding like the start of something artistic​ally​ consequential.” – Bitchfork.ca