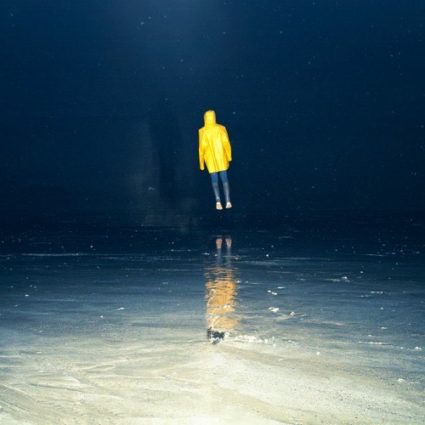 Common Sage - It Lives and It Breathes

Common Sage grew its roots in Staten Island, NY and started as a one off attempt to record unreleased material from vocalist/guitarist Julian Rosen’s previous project Davey Crockett. Aided by friends Jenna Snyder (Jenno) and Phil DiMarco (Quantice Never Crashed) both of whom had been vital parts of the local scene, the three recorded “”Where are you? I’m in Klamath Falls, are you here?”. After the albums 2018 release the group began to gig/tour heavily. Using most of their time to rehearse to play live, they found little time to write, but were able to record three loose songs, which were released on their 2020 EP Might as Well Eat the Chicken, We Won’t Be Here in the Morning. Around this time they parted ways with bassist Jenna, leaving Julian and Phil with no solid options to continue with live shows, and more time to start writing new material.  In October 2020, with the help of friend and guitarist/bassist Chris Johns (Stay Inside), the three set out to Chicago to record their debut studio album It Lives and It Breathes with producer Neil Strauch (Joan Of Arc, Slow Mass, Owen) which is set to release September 3rd through No Sleep Records. The album was mastered by Will Yip.

It’s filled with self evaluation and fantasies about leaving behind people, places, ideas, and beliefs. Ruined friendships, my mother’s death, failing relationships, dissociations and the concept of what it would look like if I disappeared instead of dealing with it all.  Where would I go? What would change? The songs blur those fantasies with reality, and oscillate between being lost in delusion, and snapping back into reality, living and breathing . The fantasies become an entity and the entity is what the album focuses on. It’s fast, abrasive, delicate, and the most honest I’ve ever been with myself. I think of it as a sort of exorcism.