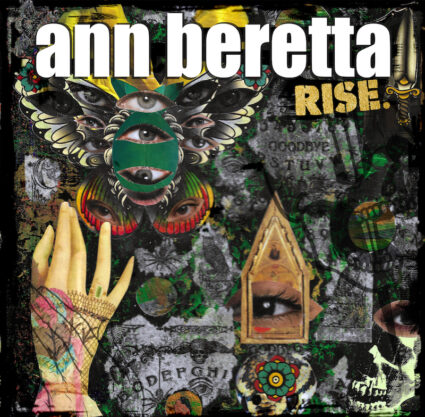 “Ann Beretta is back with a video for single “Better Medicine” off their recently-released RISE LP. Chris DeMakes of Less Than Jake lent his voice to the song, and the video was directed/edited by Dave O’dell in the bands hometown of Richmond VA.” – Punk Rock Theory

Ann Beretta is a band from Richmond, VA that formed in 1996 after the breakup of influential punk quartet Inquisition whose members also went on to form Strike Anywhere and River City High. Influenced by bands such as the Clash, the Alarm, and Fifteen; Ann Beretta are known for their anthemic choruses and personal/political themes that have grabbed the attention of fans worldwide for over 25 years. Releasing records with labels such as Fueled by Ramen and Lookout! Records the band cultivated a rabid fanbase through years of constant touring with bands such as Less Than Jake, Avail, Hot Water Music, the Bouncing Souls, and many others, not to mention headlining tours during the early 2000’s that filled clubs and small theaters internationally.

In 2004 the band went on hiatus until beginning to play select shows and festival dates again in 2008. Most recently Ann Beretta have owned their own path forward revisiting the DIY mindset and ethics from which they came and have released Old Scars…New Blood a collection of re-recorded songs from their catalog (2018), several live recordings including Live (Acoustic) from the Broadberry (2020), and most recently their first album of new material since 2003 titled RISE.

RISE has reintroduced the band to audiences and fans new and old and has been cited as the “greatest comeback record since Everything Sucks by the Descendents” by Punk World Views who also write “When a punk band releases a politically charged album, the music’s typical vibe is either unadulterated anger or a sense of hopelessness. But like The Clash before them, Ann Beretta’s RISE is an album filled with politically charged lyrics that aims to inspire hope.“

Chris DeMakes of Less Than Jake (track #2) and Thomas Barnett of Strike Anywhere (track #6) are featured on the album lending their voices to the first two singles titled “Better Medicine” and “The Real America (S.O.S.)” respectively. There is no label attached to this release – it is 100% self funded and DIY with the band taking full control of every aspect of making and releasing it. Lyrically RISE reflects on a range of social and political topics including the Trump presidency, the Covid pandemic, racism, addiction, and reflecting back on the band’s history in the third single titled “The Last Song”. Sonically the album is more complex and layered than past recordings but still with the anthemic hooks and energy that fans of the band have come to love and expect.