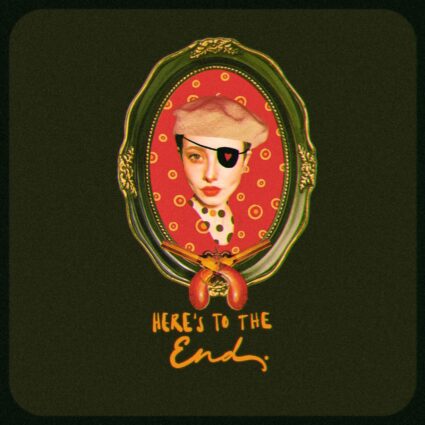 Anna Bates, the Los Angeles born and raised singer-storyteller, has released her debut EP Here’s To The End on Neon Gold Records. Classically trained in piano from a young age, it wasn’t until as recently as 2020 that Anna Bates began to release music under her own name.

Writing and creating my first EP Here’s to the End was simply cool. Just kidding, it was a lot more than that. In fact there are so many emotions attached to this little piece of art that it’s hard to mash them all down and condense them into one word- so I’m not going to. The songs on this EP are a mixture of stories I have created in my head, exaggerated tales of my friends, personal expression, and the unpacking of my religious upbringing. It is a soundtrack to a road trip, or a campfire, or an awesomely epic mental breakdown.

This was my first time collaborating with others to create a work of music and I could not have asked for better producers and writers to carry out my ideas and add their own. Los Angeles is truly filled with insane geniuses. What nobody tells you, is that the people you sit in a studio with for an infinite amount of hours to create, not only become connections but also become your friends and therapists as well. This EP and the people that helped make it rocket launched me into a new era of growth and writing and I am excited for it to be out in the world.

In terms of production, I find it to be a tinge of folk, a pinch of ethereal, a dash of indie pop, a lot of caffeine, and a healthy dose of insanity. I cannot seem to cram it into one genre, which I love, because genres are outdated, and storytelling is in.

My hope for the songs on this EP is that they will be carried with people through adventures and self discovery. I hope that they will provide a sense of joy and inspire conversation between friends, strangers, the religious, the non religious, the stoner and the anti-stoner. There is something fantastic about words and exchanging them and gifting them, and my greatest reward would be to hear that people talked or felt open to discussion and joined in community because of the songs on this EP.

Here’s to the End, is a look inside my head. A collection of stories in EP form. A celebration. For if the end is coming, and it is, lets us embrace it.