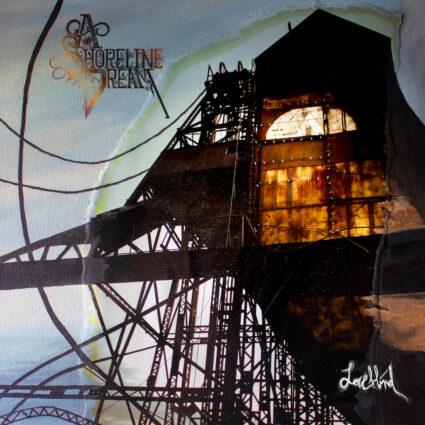 “A wild and beautiful thing” – The Big Takeover

The ‘Loveblind‘ album, set to release on September 23 via Latenight Weeknight Records, follows their critically acclaimed ‘Melting‘ album(2020). Their sixth full-length album, A Shoreline Dream dives into recollections and past desires while looking forward in a wash of soundwaves pointed towards a blinding future. Produced by Ryan Policky and recorded over 10 months in the Barnum suburb of Denver, Colorado, this album features immense synth layers, the band’s signature guitar and symphonic vocals.

Over the years, A Shoreline Dream has churned out numerous acclaimed releases, working with legends such as Ulrich Schnauss, Mark Kramer and The Engineers (for whom they created a remix for progressive label gods K-Scope). They also opened for Chapterhouse for their very final appearance.

While the pandemic has taken its toll on our mental well-being, the perception of money and power has blown previous years away. Dying to get back to the good times, moments of pure, unscathed lust, we are eager for new experiences to sweep us off our feet. ‘Loveblind‘ reaches for that same energy, taking cues from previous A Shoreline Dream works released over the past 16 years, drawing more from their progressive goth roots. Layers of moodiness, blissful explosions of rock and chugging tempo mix with the pain, love, hope and moments of near death experienced while creating the album itself.

On August 30, ‘Loveblind‘ was available for download exclusively via Bandcamp, where ‘Alarms Stop Ringing‘ can also be downloaded and the full ‘Loveblind‘ album is available for pre-order. On September 23, the album will be released everywhere online, including Spotify and Apple Music.