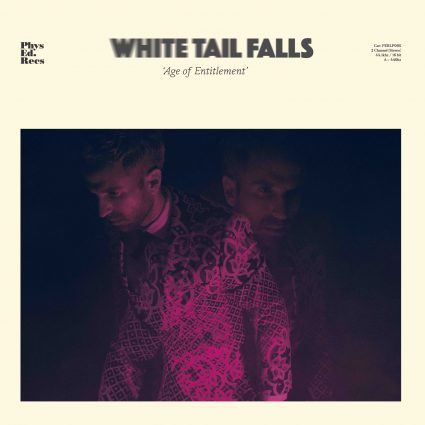 Recorded between stints of songwriting in LA and on the road in Southern California and West Texas, the album was produced by Erland Cooper and is included in June’s Rough Trade Edit as one of their Albums of the Month, who call it “fragile, exquisite and life-affirming… a record of rare beauty and compassion.”

The first solo endeavour from The Hoosiers’ frontman Irwin Sparkes, Age Of Entitlement explores an array of evocative lyrical themes, set against a euphoric and immersive sonic palette touching on influences from the worlds of folk, mellow pop and alternative. Simultaneously confessional, cathartic and candid, the album is a deeply personal project, which became a part of Irwin’s own personal therapy.

Opening with the delicate and captivating ‘Body Weight’, the album moves through the spirit-stirring R&B of ‘Devout’ – inspired by Hippocrates’ idea of the ‘four humors’ – to the richly textured title track, led by raw, folk-esque guitar, while conveying a passionate and intimate narrative set against lush musicality.

The album follows the release of the singles ‘Give It Up, Son’, ‘Disintegrate’ and ‘Fake News’, which have enjoyed support from Lauren Laverne and Guy Garvey at BBC 6Music, with Guy describing ‘Fake News’ as “very beautiful”.  Each release was accompanied by an installment of a short film exploring the sinister aspects of our collective desire for comfort, with the three-part series relating back to the confessional lyrical themes of the album.