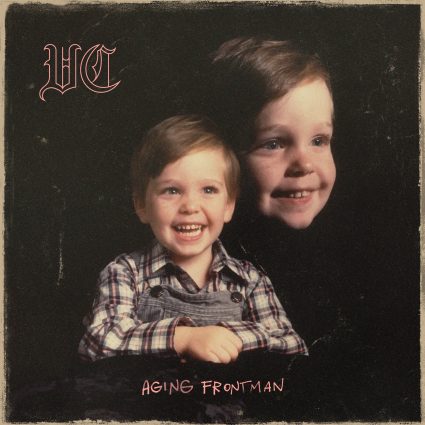 Speaking about what inspired AGING FRONTMAN, his most accomplished and poignant solo release to date, Vinnie Caruana has this to share: “This is as personal as I’ve ever been with the listener. The people who listen to my music know me. I’ve personally met most of them at shows and we have a relationship. This is just another layer. I’m still looking for answers. We all are. We have to keep finding the beauty in life, no matter how hard life can sometimes make it for us. I want to keep being the best version of myself until I die.”

This never-ending desire to find and hold on to beauty and peace of mind, despite the chaos and frequent ugliness of the world we all live in, is something that has always inspired Caruana to write and perform music, and to connect with his fans. AGING FRONTMAN is without a doubt the finest distillation of that ethos, and of Caruana’s formidable talent as a singer/songwriter.  “I wanted it to be a bit dreamier without losing a firm connection to the bare bones and firm structures of the songs,” Caruana says. “This is certainly my finest achievement out of anything in my solo career, sonically. Brett Romnes and I got on the level and rode a really fun wave together in the studio.”

Romnes’ role went well beyond performing on the record as well.  “Along with playing the drums,” Caruana explains “Brett also produced and mixed the record.  He’s a supremely talented producer and has always innately understood my vision.  We recorded at Barber Shop Studios in New Jersey, which is world-class facility with incredible vintage gear that we made full use of on this record.”

The result is half a dozen shimmering tracks that reveal an artist fully committed to pushing the boundaries of artistic expectations.  Renowned and long-beloved as a founding member of The Movielife and I Am The Avalanche, Caruana clearly isn’t afraid of surprising his fans with this latest solo release.  And, in choosing the title AGING FRONTMAN, Caruana also sought to provide his listeners with a wry and very down-to-earth window into his frame of mind. “I turn 40 this year and sometimes I narrate my actions in my brain and make myself laugh: ‘Aging Frontman, rises from his slumber and ponders what to have for breakfast. Will he simply pour milk into a bowl of boxed cereal?  Or will he wash the dirty pan in the sink, apply heat, and crack an egg?  Only time will tell.’  The record can be a bit heavy, and I thought perhaps the artwork and title could provide some laughs and offer a nice juxtaposition between the cover and title, and the music and lyrics.”

But above all, Caruana confides, “These songs are medicine for me in my quest to attain mental health.I want my fans to know that I’m OK. I want them to know that I know that we are all in a battle and that we have no choice but to win.” This sentiment is at the very root of AGING FRONTMAN: despite all the challenges and setbacks that life deals any of us, Caruana is committed to pushing himself creatively, to living fully and to forging ahead.And with the songs he shares on his new record, he’s inviting all of us to walk alongside him on his journey, head held high, regardless of whatever life tries to throw his way.