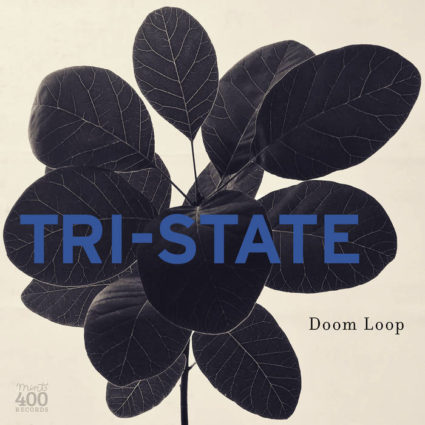 Tri-State has been dealing its brand of guitar-based rock’n’roll since 2010. Combining pop hooks, vocal harmonies, driving beats, and intricate, intertwined guitars with intelligent lyrics addressing everything from the aftermath of maritime disaster to Detroit hipsters to the travails of parenthood to climate change, Tri-State’s music has been compared to Pavement, Guided by Voices, Built to Spill, Television, the Feelies, Dinosaur Jr., Eleventh Dream Day, Wilco, and early REM. Tri-State’s eponymous debut EP was named a top New Jersey release of 2013 by Jersey Beat’s Jim Testa and Lazlo’s Blow Up Radio. That EP led to the band’s signing with Mint 400 Records in 2014. Tri-State subsequently released two songs for Mint 400 compilations, both of which received internet and college radio attention, and a 2015 single (“New Minuits”/Titanic Bros.”).

In 2016, Tri-State released We Did What We Could Do, a five-song EP engineered and mixed by Tom Lucas at Laughing Boy Studios in South Orange, NJ on Mint 400. The EP captured the power of Tri-State’s live shows while adding new sonic layers — from toy piano to soprano sax to tape loops — while remaining true to band’s history of writing catchy and lyrically intelligent songs that explore themes of loss, resignation and the struggle for satisfaction in face of life’s inevitable limitations and disappointments. Tri-State’s first LP, Hey Pal was released in 2019, again by Mint 400 Records. Also recorded and produced by Lucas at Laughing Boy, the nine songs on the LP included a diversity of textures and sounds but was most notable for its more direct rock sound. The LP’s first single, “Void Set” a piece of Superchunk’y pop/punk, was named one of the year’s top songs by All Over the Place Radio.

The band’s new EP, Doom Loop, was recorded with Ray Ketchem at his Magic Door Recording in Montclair, NJ as the world was shutting down in the face of the Covid-19 pandemic in February and March of 2020. It was mixed and mastered by Ketchum remotely over the next several months. Ketchem’s engineering and producing gives the EP a stripped down but sparkling sound that complement the complexity of its lyrical themes. The jangle-drone sound of “Drones (over Paterson)” reflects its title, and its lyrics capture the atmosphere of impending doom that characterized the recent past. The rollicking guitars of “A-Dog” bely its bittersweet lyrics; and “Aggressive Chapeaux” is an indie rock hate letter to those of who have done so much to lock us into the Doom Loop we have appeared to be caught in. Released at a moment of cautious optimism, Doom Loop is a (hopefully soon-to-be obsolete) reflection of a dark and turbulent time in which its three songs were conceived.