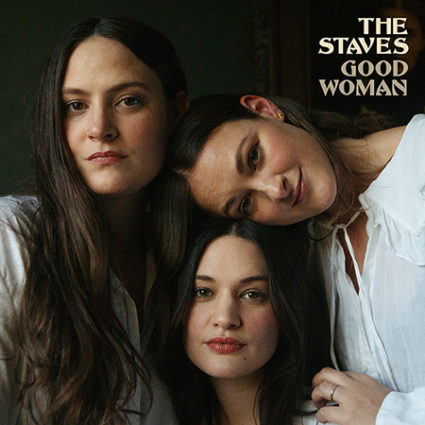 It’s been a decade since The Staves—sisters Emily, Jessica and Camilla Staveley-Taylor—self-released their first EP and a lot has happened since then. Their third album Good Woman was written and recorded amid major upheaval, heartbreak, and bereavement. The new-found boldness, loudness, and lyrical directness on this record are indicative of lives forced to become a serious concern.

As Jessica says, “It’s not a happy record. But it’s not timid. It’s not apologetic. It’s the most honest we’ve been. The end result is defiant.”

Following the 2015 release of their critically embraced second album If I Was—which Stereogum described as “unimaginably beautiful,” concluding The Staves were “one of the greatest bands in the universe.”—and a sold-out show at London’s Royal Festival Hall as part of Guy Garvey’s Meltdown Festival, the group moved to Minneapolis to begin work on new music and to follow a long held desire to tour more of America.

During this intensely creative time, the sisters took complete control over their output, taking the reins of production on their Sleeping In A Car EP and the standalone single “Tired As F*ck,” as well as scripting and directing their videos. In 2017 The Staves produced a collaborative record with the experimental chamber ensemble yMusic: The Way Is Read merged yMusic’s minimalist compositions with newly written Staves songs loosely inspired by Phillip Pullman’s His Dark Materials trilogy, with Emily, Jessica and Camilla also adding their voices, as instruments, to the orchestra. The Sunday Times called it “a delightful surprise … an unexpected success.” The Staves continued to gain respect and recognition from fellow musicians; they were invited to sing on the final Leonard Cohen album, posthumously produced by his son as well as on Paul Weller’s hotly anticipated 2020 LP On Sunset.

The music of The Staves has changed significantly since the acoustic pastoralism of their 2012 debut album Dead & Born & Grown. But early songs such as “Mexico” and “Winter Trees” not only introduced audiences to the band’s breath-taking sibling harmony and astounding gift for melody; they’ve since become cover version standards on YouTube, with fans uploading phone-filmed renditions on a daily basis. The group gratifyingly acknowledge that so many of those fans are young women their own age, whose experiences, burgeoning confidence and defiance are reflected on Good Woman. (continue reading bio in download folder)