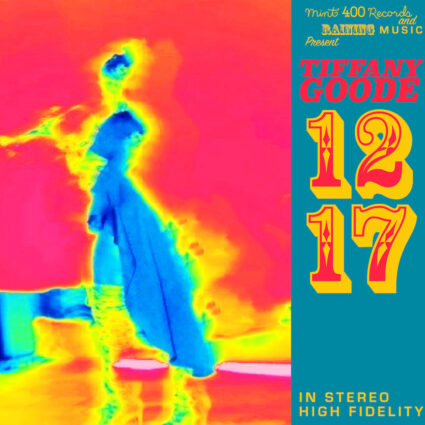 Tiffany Goode is a trumpet player born in Richmond, Virginia and currently residing in Atlanta, Georgia. She began her love affair with music and the trumpet in the third grade. Tiffany’s music has been featured in several films including Joy Road, Every Scar and Dimple, Break/Fast and her most recent role as Music Supervisor for the award winning documentary, “Spring & 3rd.” An avid jazz student and lover, she has been influenced by many jazz trumpeters including Freddie Hubbard, Miles Davis, Roy Hargrove, Terence Blanchard, Clora Bryant, Valaida Snow, Ernestine “Tiny” Davis, and Cynthia Robinson. Tiffany was given the distinct honor of depicting Sly and The Family Stone co-founder, trumpet player and horn arranger, Cynthia Robinson in season two of American Soul on BET. She has also had several other minor television roles. Although she loves straight ahead jazz, Tiffany enjoys fusing jazz with her other musical influences like reggae, hip-hop, in order to create her own sound.

She has been featured in Rolling Out Magazine and was honored to grace the cover of Wherdzmyth magazine. An avid community service advocate, she is excited to launch her new podcast and community initiative in 2022 aimed to expose everyone, but mainly young girls of color, to the women of color who have paved the way for female brass players and are often overlooked in the history books called “Brown Girls Buzz.” When she isn’t creating music you can find Tiffany playing with her band The Goode Stuff Experience or with Orchestra Noir Atlanta’s All African-American Orchestra.

Tiffany’s new project “12 17” is set to release on May 6th, 2022 through Mint 400 Records / Raining Music. She has released two previous projects under her Label Goode Stuff Records. Her first album, “Today Was A Goode Day” has had the #1 spot for Modern Jazz on Bandcamp for Atlanta for 94 weeks. Her second project “EnterGoodeLactic,” received noteworthy praise from Jazziz Magazine and Rolling Out Magazine. With her current project “12 17,” She explores some of the music that influenced her growing up. The themes are jazz fused with House, Funk and 80s Disco/R&B. It takes you on a feel-good ride with funky beats, a beautiful musical landscape and sultry trumpet that will teleport you to a house club in Chicago, a skating rink in Atlanta, a blaxploitation film in the 70s or an Atlanta Strip Club.

“Composer and Trumpeter Tiffany Goode’s  integrity and commitment  to pushing the musical envelope has evolved safely intact on her forthcoming EP release “12 17”. Appropriately self described as a “feel-good ride with funky beats”, this offering is laced with tastefully layered trumpet arrangements that are fast becoming a trademark of Tiffany’s….I feel a road trip comin’ on!” – Larry Eaglin aka Stagga’ Lee, WRFG 89.3FM Atlanta, GA