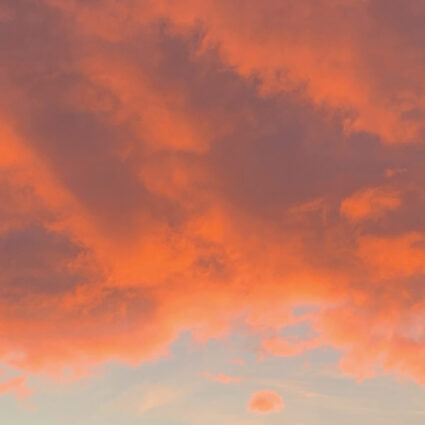 The Racer (Mint 400 Records) is an indie/electronic/alt rock band from New York’s Hudson Valley consisting of Pete Marotta, Mike Esserman, and Eric Sosler. The Racer has been experimenting using the studio as an instrument to explore new sounds and techniques, and continuing their pursuit to grow as artists. Patiently taking their time to finish their newest album during the many obstacles the Covid Pandemic created, BLUSH is finally completed. Guided and inspired by the expertise of their past producers Mike Kalajian and Dan Hannon (Manchester Orchestra), The Racer continues to write music that suits their needs and wants as a group.

Over the years, the three piece have taken great pride in putting on unforgettable performances as they have graced the stages of festivals such as Milwaukee’s Summerfest and Austin’s SXSW.  They’ve played everywhere from the Whisky a Go Go (LA)  to The Mercury Lounge (NYC) and have opened up for bands such as Matt and Kim, Say Anything, and Collective Soul. The Racer also takes great pride in their ability to create cinematic music that has secured licensing deals and placements on MTV, CBS, and a host of television commercials.

Blush, is the 7th album by The Racer. The album was written and recorded over the course of the pandemic. A goal was made to write 40 songs and pick 10 to record that the entire group felt passionately about. To do so, each band member wrote as many songs as possible while in isolation. Eventually they would meet up and select the songs that truly represented where their common influences and styles meet. The album is about the choices we make every day, how we look at the world, and the massive impact it has on our lives. It is about a person living parallel lives based on the choices they make. In one life, the main character thrives because they choose to look at the world with positivity, hope, and love and in the other life they fall into despair because they choose to look at the world with negativity, bitterness, and anger. It is the sound of the band attempting to find peace in a world that tests one to do so on a daily basis.

“One of my favorite things in life is finding a new band to obsess over. A band to tell my friends about, a band to write about, a band to pull for, a band to hope for, a band to stalk, a band to suggest to people who ask me what I’ve been listening to lately. Over the past few weeks, when I haven’t been listening to either Sigur Ros live in concert or absolutely nothing (silence is golden bro), I’ve been gradually dosing myself with day long sessions purely dedicated to The Racer.” – syffal.com | Joel Frieders – Bandcamp Artist of The Week

“Their sound harkens back to some earlier Snow Patrol, so fans of their music, along with Radiohead, My Morning Jacket, Bon Iver, The National, Death Cab for Cutie, and Frightened Rabbit will surely love their vibe.”– Indieminded