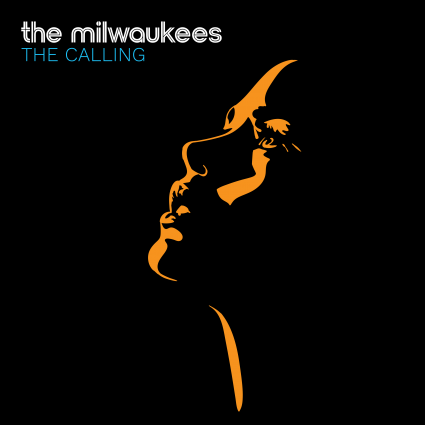 The Milwaukees - The Calling

“…produced by Tom Beaujour introduces a new-age of alt-rock rooted in the stylings of Dave Grohl type vocals with cascading crashes and pulsing hi-hats that shimmer throughout the mod-rock anthem.” – American Songwriter

“A rock masterpiece for a new generation”- AllMusic

Jersey City, NJ modern rock act THE MILWAUKEES have announced the release of their forthcoming sixth album The Calling on August 21, 2020 via Mint 400.  This is the band’s first new music since 2011 and the lead single and video to “No Way Out” is out now.

“The Calling is a collection of songs about the struggles and conflicts in life no one tells you about,” says singer/guitarist/songwriter Dylan Clark.  “You can’t learn it in school so sometimes you need a record to let you in.”  Singer/lead guitarist Jeff Nordstedt adds, “Sonically, this record draws on the best of all that we’ve been through, musically and personally.   I love that we can play any one of these songs live alongside any other song from our catalog and it all sounds right together.”  The band line-up also includes bassist Donovan Cain, who has played on the last 3 albums including The Calling and drummer Austin Faxon, whose playing is introduced on The Calling.

The Milwaukees play wholehearted, anthemic rock inspired by rock greats like Tom Petty and the Heartbreakers, The Replacements, Hüsker Dü, The Afghan Whigs and Foo Fighters, yet their music fits right in alongside today’s newer generation of notable American rock acts like The Hold Steady and The Gaslight Anthem. The band has been together for over two decades.  The Calling was produced by Tom Beaujour (Nuthouse Recording, Nada Surf, Juliana Hatfield, Guided by Voices, Guitar World, Revolver, Guitar Aficionado, Witch Taint band member), who has a unique multi-faceted rock ‘n’ roll resume from record production to music journalism and performance.  The Calling track listing kicks opens with the compelling single “No Way Out” and moves through the opening breath of “Falling,” the swagger of “Stay Gold” and rousing stompers like the drivin“Mother Mary” and expansive “Proud of Me,” to earnest numbers like “Wild at Heart” and “Highwire,” ending with the plaintive title track “The Calling.”