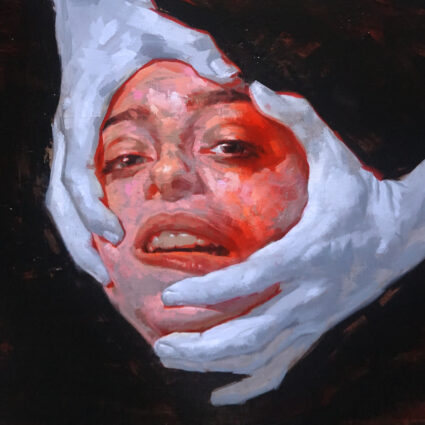 Sweet Pill - Where the Heart Is

there is no denying [their] formidable presence and charisma. – XPN The Key

Recommended for fans of blistering grunge riffs, internal turmoil, and folks with preteen cousins who do not respect your authority. – FLOOD

“Blood,” the first single off Sweet Pill’s upcoming debut LP, finds the band at their most confident. – The Alternative

A confident blend of emo, pop, and hardcore from the rising Philadelphia band, featuring introspective lyrics and churning melodies. – Bandcamp

Individually, the songs are technically impressive and their rapid changes in mood and texture can feel overwhelming; together, they paint a portrait that’s less intense than it is reassuring. Each particular mood swing might feel apocalyptic in the moment, but they’re all part of a larger story, all in a sense training you how to punch through the next one. – Left of the Dial

Philadelphia’s Sweet Pill write eruptive emo songs that embrace the edges of pop and hardcore. The kind of band whose members are fully immersed in their local scene—through a handful of notable side projects and the show-promoting Philly staple 4333 Collective—the quintet’s sound takes wide-spectrum influence from its environment. The result is an amalgam of complex song structures and flourishes of technical acumen, wholly unconcerned with genre, yet evoking the specific styles of touchstones such as Paramore and Circa Survive.

Opening with a melancholic acoustic passage, third single “Diamond Eyes” momentarily steadies the pace and intensity set by the preceding singles “Blood” and “High Hopes”. On “Diamond Eyes”, guitarist Sean McCall joins singer Zayna Youssef on vocals for a breakup lament laden with acoustic sentimentalism. The slow-burning remembrance, among the album’s most sorrowful, cautions against the fleeting joys of materialism over a start-stop motif rife with wistful harmonics. It’s a calculated, regretful song at the edges of pop and emo, with a false climax that shakes up the song’s emotional stupor before falling back into the main theme, a final refrain led with an emotive, cleansing flurry from guest flutist Jill Ryan (mem. Great Time).

Download Now »
Digital
Tigers Jaw, Oso Oso, Gulfer, Macseal, Into It. Over It., Paramore, The World Is a Beautiful Place & I Am No Longer Afraid to Die
#3, 7, 2