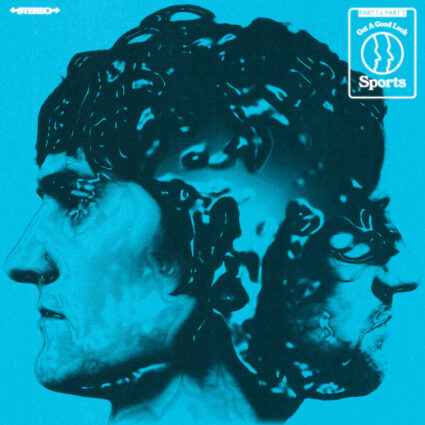 Sports - Get A Good Look

Sports announces their highly-anticipated forthcoming album Get A Good Look, releasing February 11th, 2022. Accompanying the band’s announcement is their latest single ‘Can’t Be What You Think’ which follows their September release, ‘Ordinary Man’ which received extensive editorial support on the streaming platforms.

“Can’t Be What You Think” is an easy-going, groove-filled track made for cruising and strutting. The track oozes a similar sense of confidence and self-assuredness to that of “Ordinary Man,” but highlights how fragile that can be, especially in social settings.

Cale Chronister shares, ‘Can’t Be What You Think’ is about a bad drug trip, or even just paranoia, and trying to talk yourself down while freaking out. I wrote this from the perspective of being way too high in a social setting and experiencing that overwhelming social anxiety and forgetfulness. I envisioned myself sneaking away to the bathroom just to collect myself and slamming the mantra “it can’t be what you think” over and over in my head.

The band’s forthcoming album, Get a Good Look once again pairs the band with longtime producer & collaborator Chad Copelin (LANY, Sasha Sloan, Sufjan Stevens) and will feature all the songs from Part 1 along with 6-new tracks including ‘Ordinary Man’ and ‘Can’t Be What You Think’. In promotion of the release, the band will be embarking on an extensive USA and European tour, with shows in, New York, Chicago, Los Angeles, London, Paris & Berlin. Tickets are on sale now on the band’s website