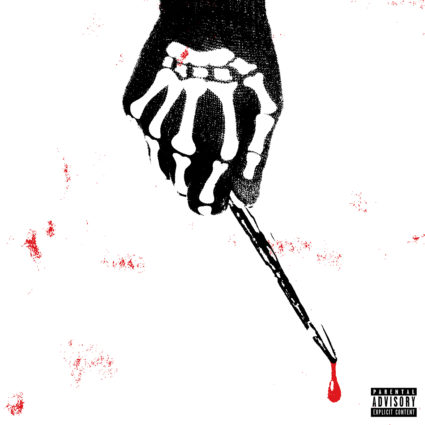 Save Face - Another Kill For The Highlight Reel

Save Face are a band who have always prided themselves on taking risks and the New Jersey band have doubled down on that sentiment with their sophomore album, Another Kill For The Highlight Reel. In that spirit, the follow-up to 2018’s debut Merci sees the band mastermind Tyler Povanda taking his songwriting, lyrics and conceptual skills to the next level to create an album that’s more interested in building worlds than adhering to genre conventions. While the songs’ inspiration is firmly rooted in the screamo/post-hardcore scene that was so pivotal for Povanda, the album also features piano, full string sections and horns he arranged himself. “As soon as I started working on [recording software] Logic, it opened my mind to all of these different sounds and I just started putting everything in there,” he says of his creative process. “I just trusted myself and kept going deeper with every song.”

That said, there is nothing artificial about Another Kill For The Highlight Reel, which features indelibly human performances, including a guest appearance from Thursday’s Geoff Rickly on “A.M. Gothic”. “There’s something about the New Jersey kinship [between Geoff and I] that really resonates with me,” Povanda explains. “New Jersey’s music scene is really something special.” However, Povanda is quick to point out that Rickly’s understated performance on the album isn’t intended to be a marketing bulletpoint. “It’s more than just a guest vocal thing,” he admits, “I specifically wanted Geoff to leave his mark on it, it adds something greater to the album in context of who he is and what he’s accomplished with his art.” That spirit of art for art’s sake is what truly lies at the core of Povanda’s ethos. “If you’re going to make art, you have to be willing to have your spirit crushed, and I have repeatedly. But in that, I made the best thing I ever have,” he admits.

Musically, the album—which was produced by the Movielife’s Brett Romnes—sees Povanda taking influence from his Jersey brethren like Thursday but adds a theatrical bent that’s based in his love of Broadway musicals. “I’m just trying to make something that’s interesting to me, despite whether anyone likes it or hates it. Lately it feels rare to find new music I like, a lot of it bores me particularly in indie/rock music with some exceptions of course,” he explains. That may sound pretentious on paper, but Save Face back up that sentiment via songs like “GLITTER,” which features singing synthesizers and an unforgettable breakdown. “‘GLITTER’ was the first song I wrote that ended up being on this album and it bridges the gap between Merci and Another Kill For The Highlight Reel,” Povanda says. “I think that song serves as a cool sonic metaphor for the transformation of the band. I would say this album isn’t narrative in the same way as the last one, but it does feel much more immersive.” (continue reading full bio in download folder)