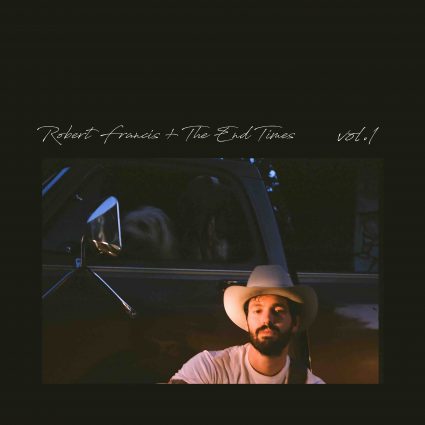 It was during a cross-country drive from Nashville to Los Angeles that Francis began crafting the rock & roll anthems that fill Vol. 1. The album’s lead single, “Boy Like That,” rides a cool, unhurried groove, with Francis delivering the song from the perspective of an ex-girlfriend. Glide Magazine noted, “with its infectious synth line, mellow guitar lines, and soulful, funky percussion and background vocals, the song [‘Boy Like That’] carries a melancholy, nostalgia-driven rock and roll sound. Compared to the roots and Americana sounds Francis is often known for, this song marks a departure with its combination of indie rock and throwback soul.”

“I’d been doing a lot of listening to the records I grew up with, from the Replacements to the Gin Blossoms,” Francis says of the album’s rock-inspired sound. “I was going down memory lane and falling in love with that kind of music all over again, without letting my insecurities get in the way. I wasn’t wondering if the new songs sounded too country, too rock, or too Americana. I was just embracing this form of heart-on-sleeve, nostalgia-driven rock & roll.”

Robert Francis + The End Times‘ Vol. 1 is an album built for highway driving. It’s a soundtrack for the road, filled with songs that evoke the rush of open windows and the glow of sun beaming through the windshield. Tommy Marz of Sound Vapors advised, “when the album is released, I would recommend spending some time alone with it and quite possibly losing yourself in the spectacular songwriting and musical craft on the record. You’ll be hard pressed to find many albums that are mixed better than this one.”

Vol. 1 may have been written in isolation, but its 10 songs are the work of a fully-formed band. Accompanied by guitarist Drew Phillips, bassist Shane Smith, drummer Brad Cummings, harmony vocalist Cori Elliott, and multiple guests, Francis booked several weeks of recording time at Total Annihilation, a punk-rock studio in L.A.’s Lincoln Heights neighborhood. There, he produced the bulk of the album himself, with all the musicians playing together in the same room. Several months later, while visiting Nashville to perform at the Americana Music Festival, the band cut two additional tracks with producer Andrija Tokic (Alabama Shakes, Hurray for the Riff Raff) at the iconic Bomb Shelter studio.