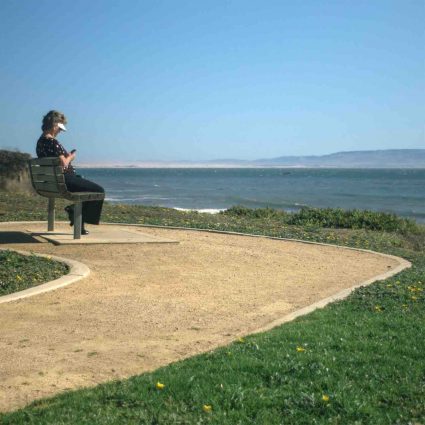 Disheveled Cuss, singer/guitarist Nick Reinhart’s self-titled debut album under that moniker, is like a welcome time capsule from another era, a trip through 90’s-inspired pop/rock on par with any of the timeless and lauded milestones the decade produced. Nick’s coming of musical age in an era when the Pixies, Teenage Fanclub and Smashing Pumpkins were major features on the cultural landscape is writ large across Disheveled Cuss. Their respective presences, and others, populate the sonic DNA of the songs, emerging here and there like new snapshots of old friends.

“Playing music like this is satisfying in a very different way than what I’m used to,” Nick explains. “It’s a rock band playing ‘normal’ songs and in many ways, that’s the least normal thing I’ve done.” It seems only fitting, then, that the most relatable of topics, love – attraction, obsession, rejection, etc. – plays a central role on Disheveled Cuss. Brokenhearted, perhaps, Nick has crafted a work of poignant exuberance, a melancholy rock classic masquerading as an artifact from his youth. Which isn’t to say Nick’s taking himself any more seriously than he has previously, with many songs betraying a tongue-in-cheek attitude that’s familiar to those who know him as the frontman of cult favorites, Tera Melos. If he isn’t casting doubt on his own ambitions, he’s likely painting an idiosyncratic portrait of something (or someone) peculiar, or sublime.

Possessing standards that have kept the bar high over Tera Melos’ four albums of genre-bending, post-everything rock, Nick has quietly emerged as a unique, technically-minded player whose talent seems in direct proportion to his modesty. A rare combination of punk energy, crafty and inventive melodies, and oblique vocal harmonies that often feel as though they’re leaking into your mind from someone else’s dream, Tera Melos mine the kind of varied territory unlimited proficiency can offer. Keeping pace with the trio for the past decade and a half, meanwhile, have been Nick’s forays into everything from hardcore to experimental jazz. His versatility and eagerness to collaborate are evidenced not only by ongoing contributions to groups as disparate as Best Coast, Death Grips and Portugal. The Man, but by his membership in Big Walnuts Yonder, alongside legendary players such as Mike Watt, Nels Cline, and Deerhoof drummer, Greg Saunier. Whistle-stop projects, such as Bygones with drummer Zach Hill, suggest a need to strip things back to basics now and again, however momentarily. Stoking the wizardry in recent years, no doubt, has been his role as co-host of Pedals and Effects, a video blog for gadgetheads that finds Nick talking shop and jamming with The Mars Volta’s bassist, Juan Alderete.