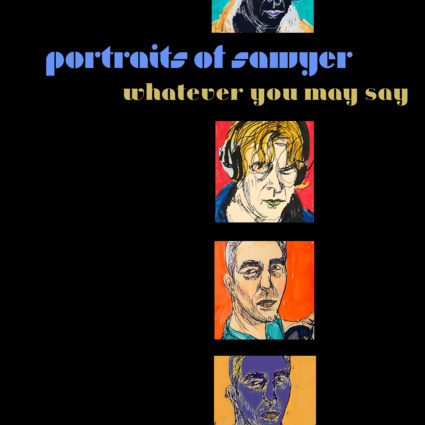 Portraits of Sawyer - Whatever You May Say

“Whatever You May Say, the new album by Burlington’s Portraits of Sawyer, is deliciously cryptic and musically cohesive, masterfully blending styles. With strange, evocative lyrics, it often seems like a soundtrack in search of a movie. Or movies, as it were.” – Seven Days

Portraits of Sawyer is Ben Wiggins (Vocals, Keys, Guitar) and Adam Henry Garcia (Guitar, Vocals, Percussion).  Ben and Adam started the band in Brooklyn in 2008. They’ve both been hailing from Vermont since 2017.

Whatever You May Say is their first widespread release. Recorded at Meadowlark Studios and other locations, Mixed by the band and Mastered by Billy Joe Bowers (Pearl Jam, Chris Cornell, AC/DC) at Casa de Amor. Featuring guest artist Claire Wellin (from Youth in a Roman Field) on violin and string arrangement on the track ’Strawberry Moon.’ Available digitally and on cd, vinyl records are in production.

Portraits of Sawyer are among the newest recipients of the FY2022 Artist Development Grants awarded by the Vermont Arts Council.

They have released the singles ‘Mullet Action’ and ‘Whatever You May Say,’ receiving airplay on Vermont Public Radio, The Point Radio Network, KDNK, KSPC, KUMM, KZSC, WBKM, WBTV-LP, WCSF, WHRB, WMBR, WOMM, WQFS, WSGE, and WUSR. They have also been broadcast in Canada and on multiple international Spotify indie rock charts.