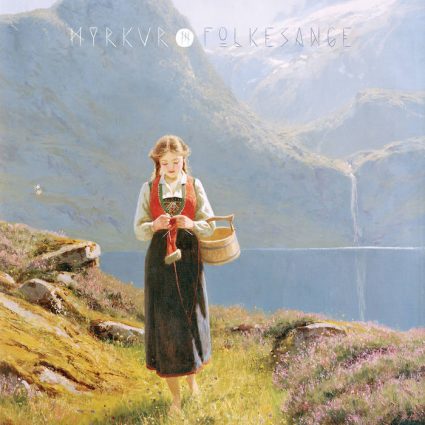 “Her delivery, full of sustaining notes that subtly decay, is reminiscent of choral music — with all the ritualism, religiosity and awe it entails” – NPR

“Bruun’s elegant voice offers a reprieve from the darkness” – Loudwire

Amalie Bruun has always paved her own path, challenging underground preconceptions of heavy metal ever since the release of her debut Myrkur EP in 2014. Her first two full-length studio albums, 2015’s M and 2017’s Mareridt, recast black metal in the most personal yet expansive of terms, their blending of Amalie’s Danish folk roots with tempestuous internal struggles breathing new life into a subgenre whose followers can be rigidly possessive.

With the release of her new album, Folkesange, Amalie Bruun has set out to journey into the very heart of the Scandinavian culture that marked her childhood. Folkesange relinquishes black metal for a refined yet far-reaching evocation of traditional folk, combining songs ancient and new to sublimely resonant effect. (Continue reading full bio in download folder)