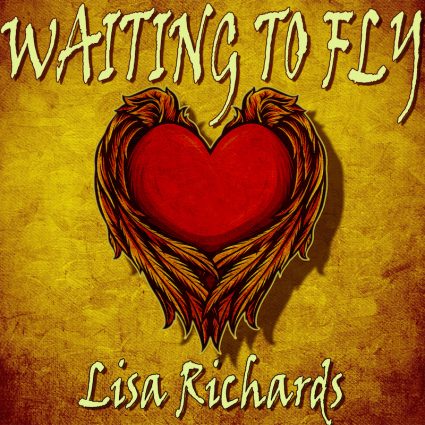 “Hearing Lisa Richards sing is like remembering everything you love all at once. The sky is wider, the stars are brighter, and the air is filled with so much oxygen that you feel giddy.”

With a voice described as both ferocious and sweet, and a percussive guitar style, Lisa Richards writes songs of longing, loss, love and hope. Songs steeped in musical expressiveness and lyrical succinctness, borrowing from the traditions of folk, blues and jazz with her feet firmly planted in her own musical corner of the world. Driven by a desire to be seen, to understand the world and the human condition and to share what she sees with others.

Lisa says, “The world is a cornucopia of stories, all waiting to be told. The personal, the universal, the visible and the invisible. That’s what humans have always done, collected and told stories”.

As the 8th child of a concert pianist and a psychiatrist, Lisa has a life story that could grace the silver screen. Her childhood in northern Australia was “wild and unsupervised” and sexual abuse and drug use laid the foundation for a tumultuous early life. As soon as she could, Lisa got in her car and left her hometown. She has busked acapella in Kings Cross, Sydney, hung out with Debbie Harry at SXSW in Austin, Texas, and played CBGB’s in NYC. She continued to move further and further afield, living in The USA for 22 years, before returning home to Australia many years later.

Her 4th album, “Mad Mad Love,” was produced and co-written with Tim Bright (who co-wrote the Scrubs TV theme song) and downloaded over 80,000 times.

Her release, “A Light from the Other Side,” saw the song “Water” added to National rotation on ABC Radio.

The 7th album “I got a Story”, was recorded in Woodstock NY and Brooklyn NY with producer, multi-instrumentalist composer Tim Bright with support from ArtsACT.

Album number 8, “Waiting to Fly”, was recorded at home with global musical support during the lockdowns of 2020 and 2021 arrives in the Fall of 2022.