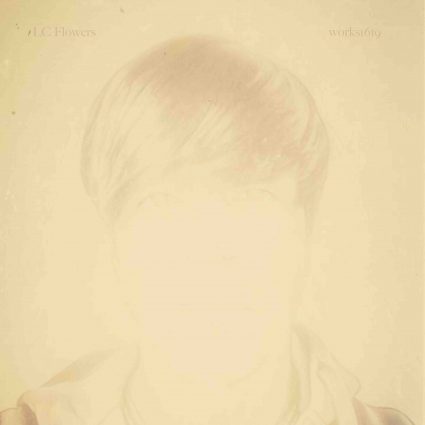 Raised in border towns Ciudad Juarez (Mexico) and El Paso, TX, LC Flowers started out at the age of 13 as a drummer playing for bands ranging in styles from punk to metal to funk. In the early aughts, after becoming interested in abstract electronic music like IDM (intelligent dance music), he began composing songs under the moniker Adeus Senhor F. This project would go on to consume most hours of evening, with a college education taking up the mornings. By 2008, Flowers had acquired a Gibson SG, an electronic Roland V-drumset and an Mbox Mini recording interface. Following a brief stint as the drummer for dream pop band Cigarettes After Sex, he’d go on to self-release his debut LUA, a lo-fidelity mix of drum n’ bass and experimental indie rock with lyrical themes of longing and disappointment. During that time he would open for touring bands like No Age and Deerhoof while continuing to record at home.

During the early through mid 2010s, now as a resident of Minneapolis, Flowers would continue to self release yearly albums, with each compilation slowly refining its influences to eventually arrive at a sound somewhere between psychedelic and electronic rock. One of these annual collections was a 2015 four song EP covering music from his youth, for which he garnered some attention – the highlight being a drill n’ bass rendition of Chilean 70’s psychedelic rock group Los Angeles Negros’ “A Tu Recuerdo;” which gained some widespread recognition on social media platforms. With the aid of a newly constructed home studio, this psych-electronic influence fusion manifested itself in 2018’s “Enter Real Time,” a mix of songs showcasing an affinity for present living through meditation along with more quotidian subjects. A self titled 2019 effort would continue this theme and sound, as evidenced by songs like “Hungry Razor” and “In Jest,” the latter being inspired by a two year stretch of performing standup comedy at open mics throughout the Twin Cities.

This year’s works1619 aims to capture that more recent evolution in sound, leaving the door open to what may come next.