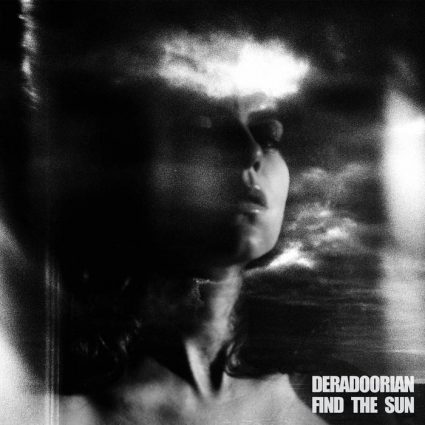 “Angel Deradoorian Channels Cosmic Energy (and Ozzy Osbourne).  The musician quit Dirty Projectors and searched for her own voice and a new musical family. She found them among the collaborators on her latest album of neo-psychedelic rock and in a metal cover band.” – NY Times

“Primeval …  The track is propulsive and confrontational in a way indie rock rarely is, reminiscent of Natasha Khan’s Sexwitch side project in its psychedelic, multicultural influences and hypnotic chanting.” – Paste on “Saturnine Night”

“Deradoorian sings with a hymnal affect over light acoustic strums and regal piano arpeggios, her vocals eventually layering into a majestic choir that evokes the spiritual energy of the song’s lyrics.” – Consequence of Sound on “Monk’s Robes”

“Over pounding drums and a drony, bass-heavy sound, Angel Deradoorian’s powerful voice carries this track.” – BrooklynVegan on “It Was Me”

“A true standout from an album that is shaping up to be very good.” – Stereogum on “Corsican Shores”

Deradoorian’s new album Find the Sun is a record intended to be felt as much as it is heard. “I think it would be cool if people lay on the floor to listen to it, and let it go through their bodies,” she says. “Being in that kind of space of awareness making it, I hope it evokes a physical reaction for people…that has so much to do with frequencies, vibrational relationships in sound.” As a Vedic astrologer, this is a focus of her readings, the way our brains and bodies work in concert, and how that is completely spiritual. We are nothing without our bodies.

Find the Sun is not the record Angel Deradoorian originally sat down to make. It’s a waypoint on a spiritual journey of acceptance, the result of years of lifting veils that obscured her innermost self, and coming to the realization that in order to find peace, she might need to cede a bit of control. The result is something that could only be found by the physical act of its construction.

Sequenced with a double vinyl disc package in mind (its only available physical format), the record is broken up into quadrants, helping guide the listener through its various twists and turns. The connecting thread is the theme of internal exploration, reaching for the best version of yourself.

“Overall, a lot of these songs are about trying to reach yourself – how to be your most brilliant self,” Deradoorian says. “…because we come from a culture that doesn’t actually support this. We are so deeply programmed to obey societal boundaries that we don’t even know the power we contain within.”